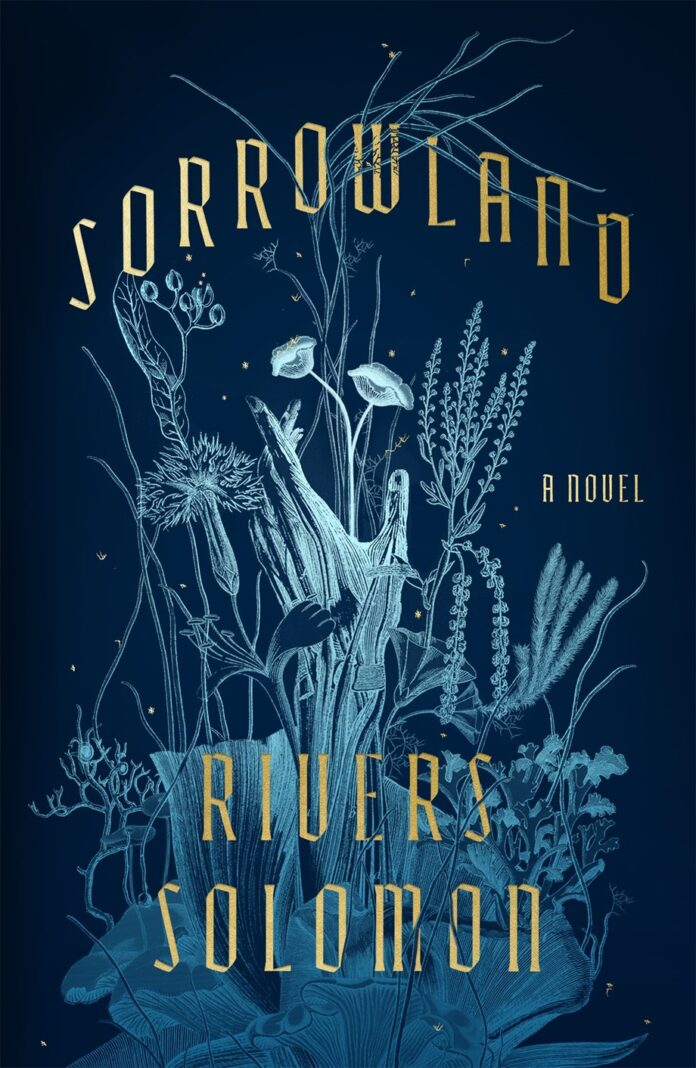 A triumphant, genre-bending breakout novel from one of the boldest new voices in contemporary fiction

Vern—seven months pregnant and desperate to escape the strict religious compound where she was raised—flees for the shelter of the woods. There, she gives birth to twins, and plans to raise them far from the influence of the outside world.

But even in the forest, Vern is a hunted woman. Forced to fight back against the community that refuses to let her go, she unleashes incredible brutality far beyond what a person should be capable of, her body wracked by inexplicable and uncanny changes.

To understand her metamorphosis and to protect her small family, Vern has to face the past, and more troublingly, the future—outside the woods. Finding the truth will mean uncovering the secrets of the compound she fled but also the violent history in America that produced it.

Rivers Solomon’s Sorrowland is a genre-bending work of Gothic fiction. Here, monsters aren’t just individuals, but entire nations. It is a searing, seminal book that marks the arrival of a bold, unignorable voice in American fiction.