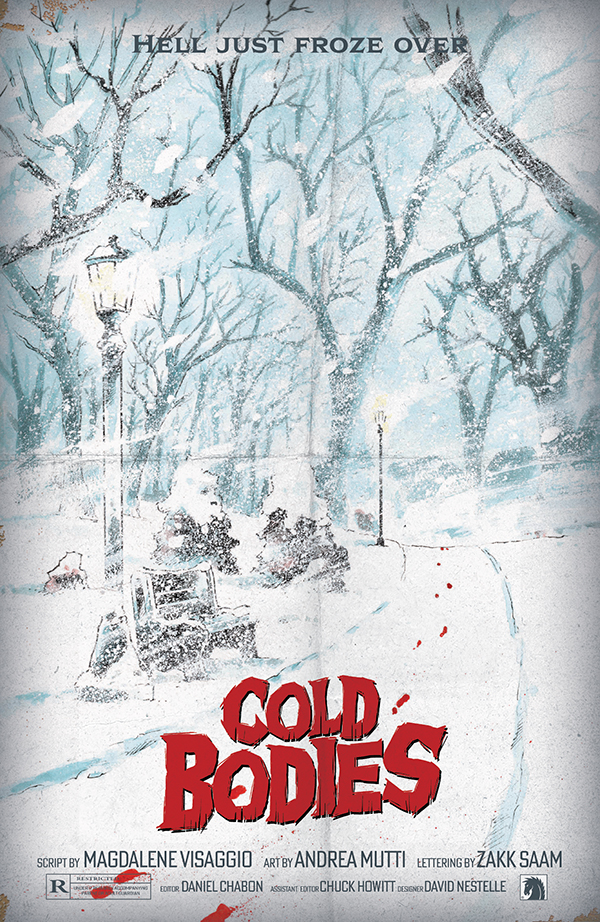 Years ago, Denise Stokes was the sole survivor of the brutal Winter Man massacre, in which several young adults were slaughtered during a powerful blizzard in Wisconsin. Now, in present day, Denise has tried to bury the past behind her, while the world around her has become obsessed with the murders through a popular film franchise called Snow Day. And as the anniversary of the killings approaches, Denise finds herself in a dark place as she begins to see the Winter Man show up again and the difference between what’s real and what isn’t begins to collapse around her.

Cold Bodies trade paperback will be in comic shops on September 8, 2021 and in book stores on September 21, 2021. It is available for pre-order on Amazon, Barnes & Noble, and at your local comic shop and bookstore. Cold Bodies will retail for $19.99.