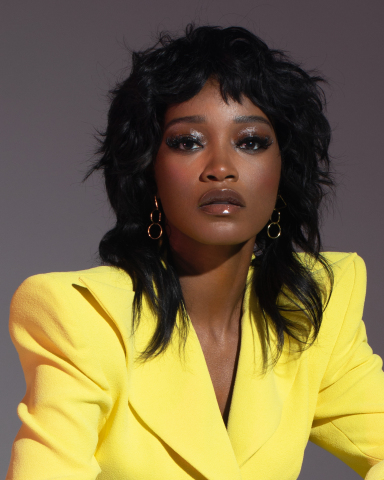 The actress, television personality, singer-songwriter, producer, entrepreneur, and author will expand upon her original Instagram sketch videos with a series of bingeable short stories available free for Prime members.

Amazon Original Stories, an imprint of Amazon Publishing, announced today that it will publish multi-hyphenate entertainer Keke Palmer’s forthcoming series of short stories, based on her popular original Instagram characters and sketch comedy videos, which have amassed over 100 million views. Readers and listeners can download the collection as a Kindle eBook or as an Audible audiobook, performed by Keke herself. Amazon Original Stories will publish the short story series in late Fall 2021.

At the age of 27, Keke is a prolific and formidable content creator, entertainer, businesswoman, and passionate voice for her generation. Keke first had the idea for her now viral characters just over five years ago, when she wanted to experiment with new types of comedy in the digital universe. She created characters on her Instagram account that tackled issues of class, race, femininity, and culture, with her signature brand of humor. Incorporating feedback from her fans and community on social media in real time, she refined each character to be reflective of her audience and the world around her.

Keke’s most popular character, Lady Miss Jacqueline—who has gained over 60 million views on Instagram alone—is the star of the stories in the upcoming Amazon Original Stories collection. Featuring illustrations throughout, the short, bingeable stories will take readers and listeners into the hilarious and fully realized world of her beloved characters, expanding on their backstories and building a plot that answers the most asked questions from her fans. The Audible audiobook will feature Keke playing each of the characters that she has created.

“What started out as an Instagram sketch, led me to one of my most beloved characters, Lady Miss Jacqueline. She’s always been larger than life—and a huge symbol of the moment when I realized I wanted to create worlds for my audience to get lost in. In effect, she was the beginning of my producing journey. The opportunity to share what makes her not only funny, but important, is exciting!” said Keke Palmer. “The team at Amazon Original Stories and I have a shared vision and what they have already been able to accomplish pushes me to bring my best and then some. I can’t wait to together share a new side of Lady Miss, her truth, and comedy with the world!”

“We are thrilled to team up with Keke to help expand her unique vision and unforgettable cast of characters into a broader literary universe,” said Julia Sommerfeld, publisher of Amazon Original Stories. “We like to think of Amazon Original Stories as serving as a playground for an innovator like Keke, to bring her groundbreaking characters to life in new ways and to push the boundaries of storytelling.”

Like all Amazon Original Stories, Keke’s new collection will be available to read and listen free to Prime members, as well as Kindle Unlimited subscribers. Readers can download each story individually to their Kindle or Kindle app, or get the whole collection with just one click. Stories are also available for non-members for $1.99, with the option to add digital audio for free.

Keke Palmer is a multi-faceted actress, singer, songwriter, producer, and television host. As a businesswoman, Keke prioritizes ownership and originality, and she created a production company for her digital content and a record label for music. She also serves as a producer in TV and film, including in her upcoming movie Alice. In 2020, she received an Emmy nomination for her work as a host on ABC’s GMA3: Strahan, Sara and Keke; released two hit EPs, Virgo Tendencies: Part 1 & 2, from her own Big Bosses Record Label; and hosted Quibi’s Singled Out based on the iconic ‘90s MTV series, as well as the MTV VMA Awards, which garnered 4.1 million social media impressions, the most impressions of any event in 2020, other than the Super Bowl.

She is currently lending her voice to “Maya” in Disney+’s revival of the The Proud Family and “Rochelle” in Netflix’s new Big Mouth spinoff Human Resources after appearing in Season 5 of Big Mouth. She can also be heard voicing the role of “Brynn” opposite Pete Davidson in Broadway Video’s new upcoming Audible scripted podcast Hit Job. Keke just wrapped filming Steel Springs Pictures’ Alice opposite Common and Johnny Lee Miller from writer and director Krystin Ver Linden. She also recently starred opposite Jennifer Lopez, Cardi B, and Constance Wu in Hustlers for Gloria Sanchez & STX, directed by Lorene Scafaria, which was released to massive critical and popular acclaim. Keke will star in Jordan Peele’s next film for Universal Pictures opposite Daniel Kaluuya, she will host and executive produce Disney+’s Foodtastic, and will star in the upcoming Audible original Hit Job which releases on April 22nd.

Keke rose to prominence through her breakout role in Akeelah and the Bee at age 12, starring opposite Angela Bassett and Lawrence Fishburne. She has gone on to star in over 25 films and 30 TV shows, including the dark and gritty film Pimp, executive produced by Lee Daniels; 20th Century Fox Television and Lee Daniels Entertainment’s hit television show Star; EPIX’s Berlin Station; and FOX’s Scream Queens, produced by Ryan Murphy.

Palmer has broken barriers from a young age, becoming the youngest actress ever to receive a SAG Award nomination in a lead actor category for her work in The Wool Cap at the age of 10. She was also the youngest and first Black Cinderella in Rodgers and Hammerstein’s iconic musical Cinderella on Broadway; the first Black woman to star as “Marty” in the Emmy-nominated TV movie version of Grease Live!; and the youngest talk show host in history.