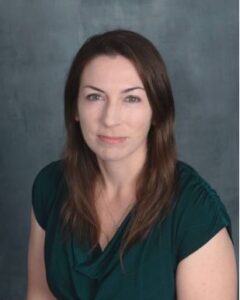 Welcome Melissa, we’re excited to have you on Reader’s Entertainment. First, let’s tell our readers a bit about you!

I am from Youngstown, Ohio, but I live in Jacksonville, Florida. I wish writing was my full-time job! I’m a commercial property manager (I manage shopping centers). I like my job, but my goal is to be able to write full time!

Since 2009. I was watching an interview of an author and the way she described how she’d come up with her story idea made me realize I had a fantastic idea for a story. I picked up a notebook and started at it with no real idea what I was doing, and I’ve been writing almost every day since (but now I have a better idea of what I’m doing).

My newest release is Never Miss, a Christian romantic suspense from Revell releasing TODAY!! It’s about a former CIA black-ops sniper and a brilliant scientist who form an unlikely alliance to stop an impending bio attack.

I SWEAR this book was not written in or inspired by 2020 (pandemic, attack on the Capitol, etc). It was already done and in the hands of the publisher, I promise. And no, that does not mean 2020 was my fault!

Mac is the female lead’s cat. He behaves kind of like a dog sometimes, and he’s incredibly smart. He is based on my cat, also named Mac. The real Mac is just as smart as fictional Mac—smarter than a cat should be. But I have to admit, fictional Mac is a lot braver.

I co-wrote A Dream Within A Dream with Mike Nappa, and I had to write the characters he’d already created in the first two books. His character Samuel was not easy for me at first, but then once I got him, I LOVED writing him. He’s such a lovable jerk.

Kadance, of course. I want to know what it’s like to be that bada** and cool.

Charlotte Bronte, specifically Jane Eyre. She so beautifully mixed intrigue with real, genuine people and subtle but powerful romance. And her portrayal of Jane Eyre is one of the best strong females ever written. She perfectly balances femininity without being too girly, politeness without being a pushover, and quietness without being weak. The quiet is what I think really resonates with me. I’ve always been extremely quiet, and people so often read that as weak. I read Jane Eyre when I was in my 20s, and she taught me I could be both quiet and strong.

Also, Mike Nappa. I learned how to write Christian suspense fiction from reading Annabel Lee and The Raven. I had already been writing suspense for some time, but I learned how to get the grit in the story without going too far. He writes great fight scenes without getting gory, and he writes nasty, impolite characters in a way that shows how gross they are without exposing the reader to anything too offensive.

What’s your favorite under-appreciated novel? Jane Eyre (can you tell how much I love this book?)

I’m a 4th Degree Black Belt in Taekwondo and a certified instructor.

Most women probably say chocolate, but meh. I have herbal tea every morning, and I find it soothing. As for food, almost anything with sugar in it (except chocolate).

And what is your writing Kryptonite? NONE! 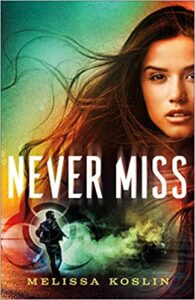 Kadance is used to disappearing behind the scenes but trying to stay hidden from her family of assassins takes living under the radar to a new level. When she witnesses an attempt on Lyndon’s life, her instincts kick in. But saving him, means that she will risk having her cover blown.

Lyndon has spent years studying the disease that killed his parents—the Ebola virus. He is determined to prove that the virus was manmade and is about to be weaponized. As Kadance and Lyndon scramble to find the mastermind behind the spread of the deadly virus, they also discover the truth about each other and their pasts.

Never Miss is brimming with action and intrigue that suspense readers will love until the very last page.

LOOK FOR MELISSA ONLINE AT:::::