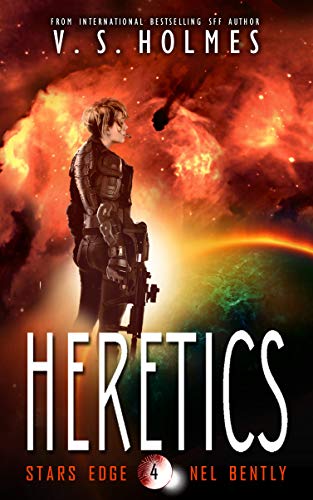 Without Earth, Nel has nowhere left to run.

The fourth book in V. S. Holmes’ archaeological sci-fi about where we come from and where we’re going arrives in stores TODAY!

Hot-tempered Dr. Nel Bently is not cut out to save the world. After her last project ended in fire and death, Nel must put aside her distrust of just about everyone and embark on a lo-fi search for a deadly radio transmission.

Earth’s survivors are torn between the austere superpower of IDH and the high-tech grassroots Los Pobledores. At every turn more allies go missing and Nel questions where everyone’s true loyalties lie–and on which side Lin will fall when a line is finally drawn.

They need experts. They need firepower. But it looks like the only thing standing between Earth and devastation is Nel: archaeologist, asshole, and functioning alcoholic with anger issues. 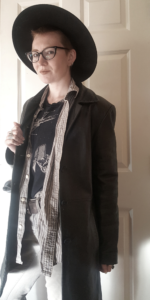 V. S. Holmes is an international bestselling SFF author. They created the Nel Bently Books and the Blood of Titans series. Their debut, Smoke and Rain, won New Apple Literary’s Excellence in Independent Publishing Award in 2015 and a Literary Titan Gold in 2020. Travelers is also included in the Peregrine Moon Lander mission as part of the Writers on the Moon Time Capsule. They also work as an advocate for disabled and queer representation in SFF worlds.