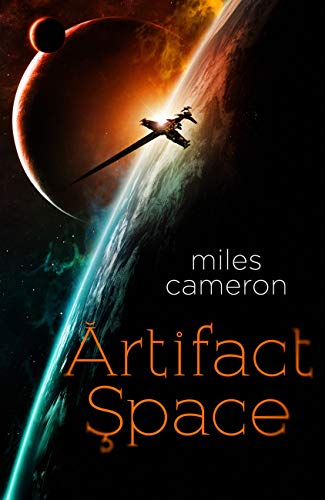 A fresh and zingy space opera for fans of Revenger by Alastair Reynolds, The Expanse by James S. A. Corey and The Lost Fleet novels by Jack Campbell

Out in the darkness of space, something is targeting the Greatships.

With their vast cargo holds and a crew that could fill a city, the Greatships are the lifeblood of human occupied space, transporting an unimaginable volume – and value – of goods from City, the greatest human orbital, all the way to Tradepoint at the other, to trade for xenoglas with an unknowable alien species.

It has always been Marca Nbaro’s dream to achieve the near-impossible: escape her upbringing and venture into space.

With all the thrills and intrigue of classic Space Opera served with a very modern heart, Artifact Space is a wild and hugely entertaining story” – Edward Cox, author of THE RELIC GUILD

“Now I’ve read Artifact Space I know what it’s really going to be like serving aboard an armed interstellar merchant ship, with a smart lead character as my companion. Can’t wait for part two.” – Peter F. Hamilton, author of The Night’s Dawn Trilogy 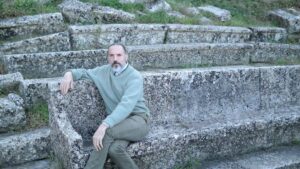 Miles Cameron is a full-time writer who lives in Canada with his family. He also writes historical fiction under the name Christian Cameron.

His works include both the critically acclaimed Chivalry and Tyrant series.  Artifact Space is his newest novel.

More information can be found about Miles at:  My Books • Christian Cameron (christiancameronauthor.com)