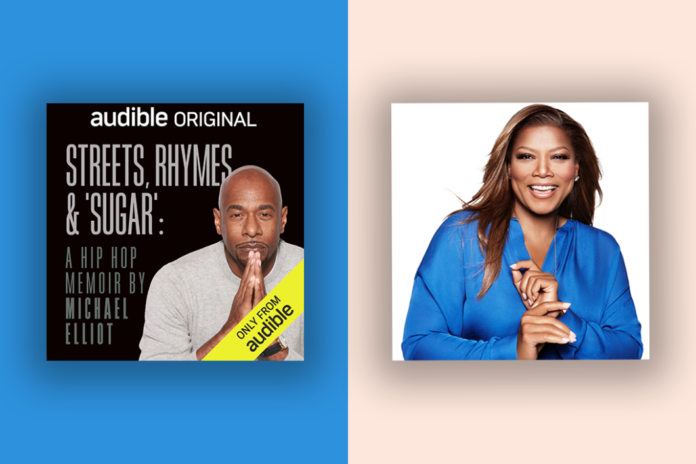 The inaugural project, Streets, Rhymes & Sugar: A Hip-Hop Memoir from entrepreneur and screenwriter Michael Elliot (Brown Sugar, Just Wright, Like Mike), releases August 5, 2021. This short-form Audible Original will chronicle Elliot’s path from homeless teenager on the streets of Philadelphia to successful screenwriter. Also coming from Elliot is a scripted romantic comedy, Technically Speaking, about a single mom who falls for the founder of the big tech company she works for in Silicon Valley.

Forthcoming in the partnership is Unity in the Community, a 7-part episodic series from Queen Latifah. In this limited series, Latifah wonders: With so much bad news, is there anything to listen to that that spells H-O-P-E? Latifah goes in search of good news and delivers it, focusing on community activists who are the glue that keep their neighborhoods together. Each 30-minute episode will profile an activist implementing a concrete plan that can be modeled in other communities.

Zola Mashariki, Head of Audible Studios, commented: “Profoundly talented, multi-hyphenate, Newark native Queen Latifah has always honed in on culturally relevant, representative and hugely entertaining content. Having worked with Queen Latifah, Shakim Compere and Flavor Unit for years across various film and TV projects, I’ve had a front row seat to watching their creative magic at work. We absolutely can’t wait to create and innovate with them on a slew of new audio projects.” She continued, “The Newark community is at the core of Audible’s DNA so we’re especially excited to have Queen Latifah cover social activism in her hometown and beyond with Unity in the Community.”

ABOUT FLAVOR UNIT ENTERTAINMENT Flavor Unit Entertainment, the production company owned and operated by Queen Latifah and Shakim Compere, was behind the hit feature comedies Bringing Down the House, Beauty Shop and The Perfect Holiday. Flavor Unit also produced the films The Cookout and Just Wright, as well as HBO’s award-winning films’ Bessie and Life Support. Latifah and Compere produced The Real MVP: The Wanda Pratt Story, The Best Place to Be, Curvy Style with Timothy Snell, The Perfect Match and The Rap Game. Additionally, Flavor Unit produced the one-hour special event Dear Mama, which premiered on Mother’s Day in 2016, and has since been renewed as an annual special, the highly anticipated SALT-N-PEPA biopic (Lifetime), and the film The Clark Sisters: Legends of Gospel (Lifetime) with other EPs Mary J. Blige and Missy Elliot. Most recently, Latifah and Compere are executive producers on the new hit CBS show The Equalizer, which premiered in February 2021 after the Super Bowl and has already been picked up for a second season.