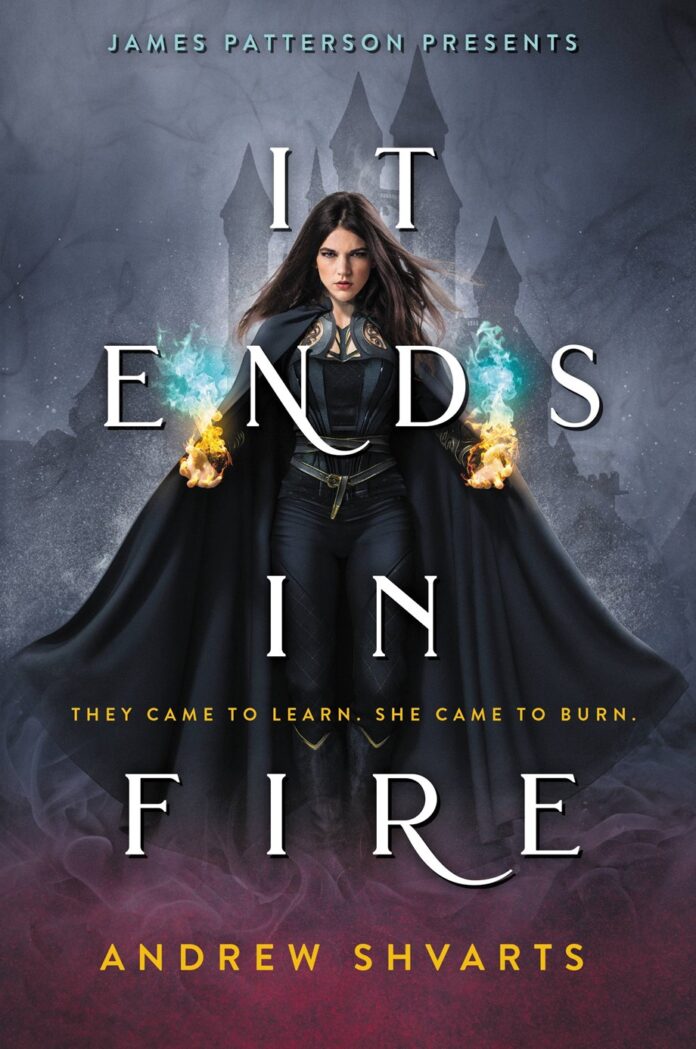 IT ENDS IN FIRE BY ANDREW SHVARTS

Only those from the most powerful magical families can attend Blackwater Academy, but new student Alka has them fooled. Now it’s time to take down the oppressive wizard ruling class from the inside.

Alka Chelrazi is on a mission:
1. Infiltrate Blackwater Academy
2. Win the Great Game
3. Burn Wizard society to the ground

As a child, Alka witnessed her parents’ brutal murder at the hands of Wizards before she was taken in by an underground rebel group. Now, Alka is deep under cover at the most prestigious school of magic in the Republic: Blackwater Academy, a place where status is everything, where decadent galas end in blood-splattered duels, where every student has their own agenda. To survive, Alka will have to lie, cheat, and kill to use every trick in her spy’s toolkit. And for the first time in her life, the fiercely independent Alka will have to make friends, to recruit the misfits and the outcasts into her motley rebellion.

But even as she draws closer to victory—to vengeance —she sinks deeper into danger as suspicious professors and murderous rivals seek the traitor in their midst, as dark revelations unravel her resolve. Can Alka destroy the twisted game… without becoming a part of it?