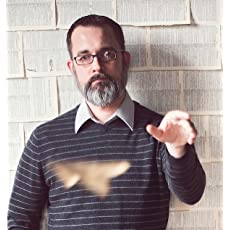 Shawn and his wife Maile (who is also a writer) live in Lancaster, PA, with their six children, where his profession as housekeeper, taxi driver, short-order cook, counselor, and enforcement officer is only barely subsidized by his career as a writer. Shawn and Maile cohost a podcast called The Stories Between Us and recently released a course called The Nine Month Novel, because after having six children they have problems seeing the world outside of childbirth metaphors.

If you can’t find Shawn, he’s probably hiding in his basement office writing, reading a book one of his teenagers has recommended to him, or eating from a stash of Skittles he keeps hidden in the left row of desk drawers, second from the bottom.

THE WEIGHT OF MEMORY 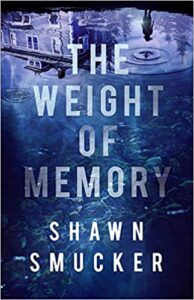 When Paul Elias receives a terminal diagnosis, he leaves his physician’s office in a fog. Only one thing is clear to him: if he is going to die, he must find someone to watch over his granddaughter, Pearl, who has been in his charge since her drug-addicted father disappeared. Paul decides to take her back to Nysa—both the place where he grew up and the place where he lost his beloved wife under strange circumstances forty years earlier.

But when he picks up Pearl from school, the little girl already seems to know of his plans, claiming a woman told her.

In Nysa, Paul reconnects with an old friend but is not prepared for the onslaught of memory. And when Pearl starts vanishing at night and returning with increasingly bizarre tales, Paul begins to question her sanity, his own views on death, and the nature of reality itself.

In this suspenseful and introspective story from award-winning author Shawn Smucker, the past and the present mingle like opposing breezes, teasing out the truth about life, death, and sacrifice.