Search
Home Blog BEHIND THE WORDS WITH DELCAN FINN 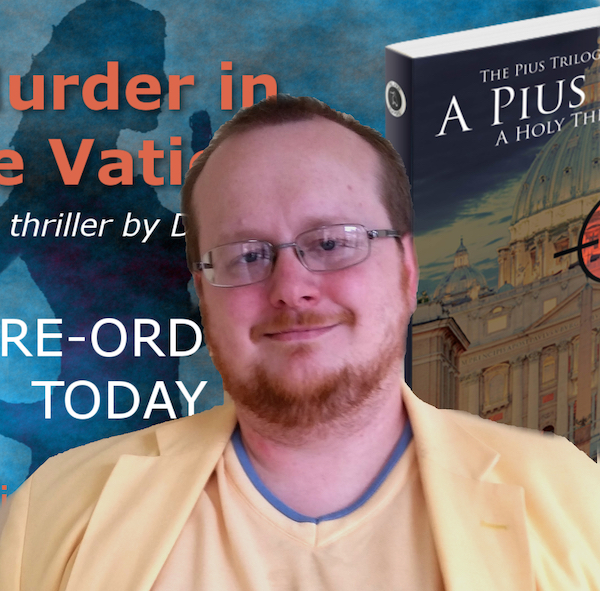 Welcome, Delan, so where are you from and is writing your full-time job?

Declan Finn: I am from Queens, New York. I grew up here, and for the moment I still do. And yes, writing is my full time job—though some days it’s more like a compulsion I get paid for.

Declan Finn: nearly twenty-five years. I started with writing fan fiction before I even knew what fan fiction was. When I started, I ended up with over four thousand pages written over the course of 15 months.

Or, as I usually describe my writing, “And then it spiraled.”

Declan Finn: I wake up, roll out of bed, and start writing. If I’m sufficiently awake, I will get dressed before I start writing. I usually remember to eat around lunch. If the scene, page or chapter will allow me to stop, I tend to hit the brakes around five in the afternoon so I can cook dinner. My wife insists that I go to sleep instead of writing some more.

Declan Finn: My latest release is “Hussar,” the eighth book in my Saint Tommy, NYPD series. I get to send my hero into harm’s way against a supernatural consulting criminal mastermind.

Declan Finn: Saint Tommy NYPD was inspired by a college course on Christian Spirituality and mysticism. One class discussed the charisms possessed by certain saints. Charisms are defined as supernatural gifts from God that include levitation, bilocation, et al. My first thought was “Nice superpowers, who had the cape?” The charism of smelling evil instantly made me think “That would be a nifty power for a cop to have,” and the series was born.

Book #8, Hussar, was inspired by my research as a historian, as well as certain things in the news. The inciting incident was brought to mind by a real-world terrorist training camp in the American Southwest a few ears ago.

Declan Finn: That’s a laundry list. Part of the original ending for the novel was going to include a connection to Tommy Nolan’s family. But I figured I should keep my options open.

Declan Finn: The hardest scene I’ve had to write was from my novel A Pius Stand. I was writing a military invasion of the Vatican without ever writing a proper military sequence. Thankfully, I know people in the military and military historians.

Declan Finn: Thomas Nolan has been seriously difficult, at least to start with. I tend to specialize in characters who enjoy the violence they’re exposed to in my novels. With Nolan, I have to balance a good person without making him a plaster saint, while at the same time making him badass enough to survive everything I throw at him.

Declan Finn: None. I am very rough on my characters. Almost everyone finishes each book needing medical attention.

Have any particular authors influenced how you write and, if so, how have they influenced you?

Declan Finn: Fred Saberhagen influenced much of my vampire novels. My overall writing was highly influenced by J. Michael Straczynski and Jim Butcher.

Declan Finn: Fade, by Daniel Humphreys. Few have heard about the book or the author, and more should know of both.

Declan Finn: I’ve topped out at writing ten thousand words a day, and I’ve written some novels in two weeks.

Declan Finn: Marketing. I can write or I can market on social media.

Thank you so much for stopping by, Delcan. Readers, you can learn more about Declan’s books by following these links: 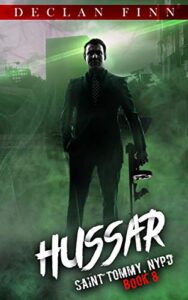 Lt. Tommy Nolan has enjoyed a relatively quiet life for the past three years. His promotion has taken him away from the streets and away from the line of fire.

But when a training camp for terrorists threatens his city, he’s dragged back into the sulfur. Creatures of the damned are rising, and he’s the only man who can stop them.

Because the heir of Tommy’s ultimate enemy has returned, and he’s bringing with him all the forces of Hell.