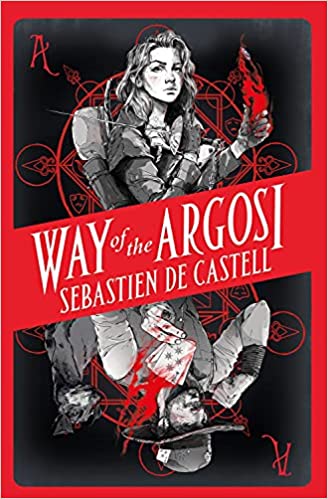 WAY OF THE ARGOSI BY SEBASTIEN DE CASTELL

THE ALCHEMIST meets THE THREE MUSKETEERS- with card tricks. A brilliant origin story of adventure, wit and philosophy to enrapture devotees as well as newcomers to the SPELLSLINGER series.

A merciless band of mages murdered her parents, massacred her tribe and branded her with mystical sigils that left her a reviled outcast. They should have killed her instead.

Stealing, swindling, and gambling with her own life just to survive, Ferius will risk anything to avenge herself on the zealous young mage who haunts her every waking hour. But then she meets the incomparable Durral Brown, a wandering philosopher gifted in the arts of violence who instead overcomes his opponents with shrewdness and compassion. Does this charismatic and infuriating man hold the key to defeating her enemies, or will he lead her down a path that will destroy her very soul?

Through this outstanding tale of swashbuckling action, magical intrigue and dazzling wit, follow Ferius along the Way of the Argosi and enter a world of magic and mystery unlike any other. 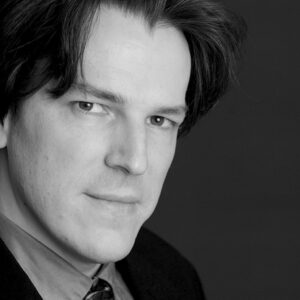 Sebastien de Castell had just finished a degree in Archaeology when he started work on his first dig. Four hours later he realized how much he actually hated archaeology and left to pursue a very focused career as a musician, ombudsman, interaction designer, fight choreographer, teacher, project manager, actor, and product strategist.

His only defence against the charge of unbridled dilettantism is that he genuinely likes doing these things and that, in one way or another, each of these fields plays a role in his writing. He sternly resists the accusation of being a Renaissance Man in the hopes that more people will label him that way.

Sebastien lives in Vancouver, Canada with his lovely wife and two belligerent cats. You can reach him at www.decastell.com