Search
Home Blog SNEAK PEEK: YEAR OF THE WHAT? BY JENNIFER LIEBERMAN 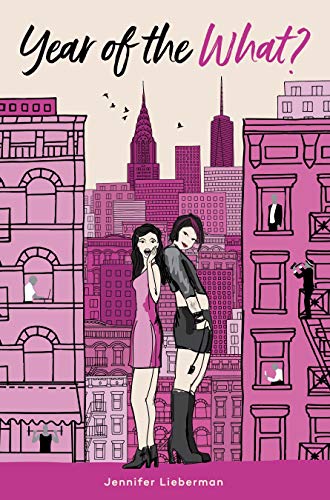 YEAR OF THE WHAT? BY JENNIFER LIEBERMAN

Amazon.ca:  Year of the What?: Amazon.ca: Lieberman, Jennifer: Books

“This arousing novel celebrates feminine sexuality through one of the most original adventures of self-discovery written. The primary character – Dana – is surviving her first romantic breakup and the manner in which she not only survives but prospers and grows makes for one of the strongest Chick Lit novels to surface in quite a while. ” —Grady Harp, Amazon Top 100 Reviewer

“Because, if you are going to tell the truth, or something of value, you have to be willing to ruffle feathers, and rock boats, even if that means being misunderstood, and Jennifer Lieberman starts off her book with surfing waves …” —Scribble’s Worth Book Reviews 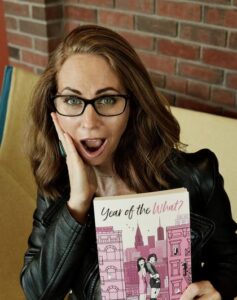 JENNIFER LIEBERMAN is from Maple, Canada and holds a Bachelor of Arts in Philosophy from York University in Toronto. She has appeared in over thirty stage productions in Toronto, New York City, Los Angeles, Europe and Australia; including her Award-Winning solo-show Year of the Slut, which her novel Year of the What? was adapted from. In addition to her performance career, she has penned a number of screen and stage plays; her short films Leash and Details which both screened at the Festival De Cannes’ Court Métrage among other international film festivals as well as the wacky web-series Dumpwater Divas. Year of the What? is Lieberman’s first novel.  More information can be found about Jennifer at: Home (jenniferliebermanactor.com)