Search
Home Blog SNEAK PEEK: A Thorn in the Saddle by Rebekah Weatherspoon 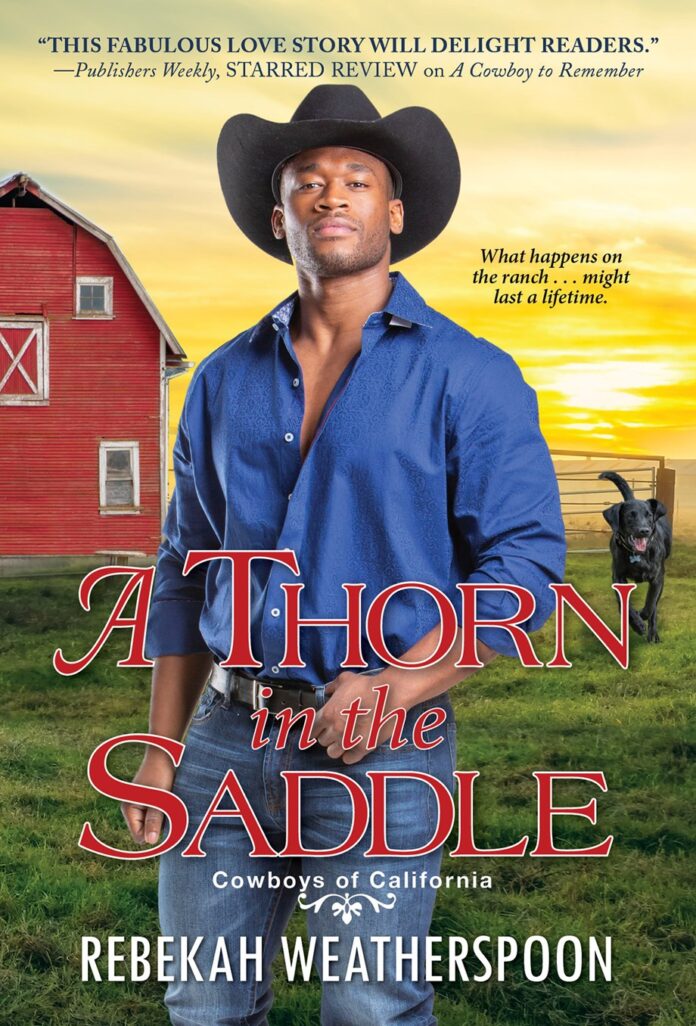 A Thorn in the Saddle by Rebekah Weatherspoon
Set on a Black-owned luxury dude ranch with a fairy tale twist, the third Cowboys of California romance from award-winning author Rebekah Weatherspoon captivates with a modern take on Beauty and the Beast, as a brawny rancher and a brainy beauty find themselves in a beast of a predicament…

Ranch owner Jesse Pleasant always felt too big for his desert town—literally—and too brutish to fit in with his charming, cowboy brothers. After his temper gets the best of him one time too many, he’s ready to accept the truth: he’s cursed to be alone. But when the Senate selection committee comes looking for a man of his public standing, he knows this might be his chance to prove to his family and friends that he can keep his cool, all while giving back to his community. There’s only one problem. While Jesse definitely has a mind for business, his people skills are more than lacking.

Former tech consultant Lily-Grace Leroux has had it up to her hat with hot-tempered men who think they know what’s best, especially a big headed rancher set on keeping her widowed father from dating his grandmother. But after Lily-Grace learns of Jesse’s softer side during a painfully awkward showing at a community date auction, one thing becomes clear; while Jesse Pleasant is not ready to run for public office, he might be ready for love. Against her better judgement and despite their rocky start, Lily-Grace warms to the sparks flying between them. She never dreamed they would build their own connection, one destined for its own happily ever after…

Praise for Cowboys of California

“A gorgeous country setting, engaging multicultural characters, and sweet but passionate love scenes makes this a charming start.”
—Booklist STARRED REVIEW for A Cowboy to Remember