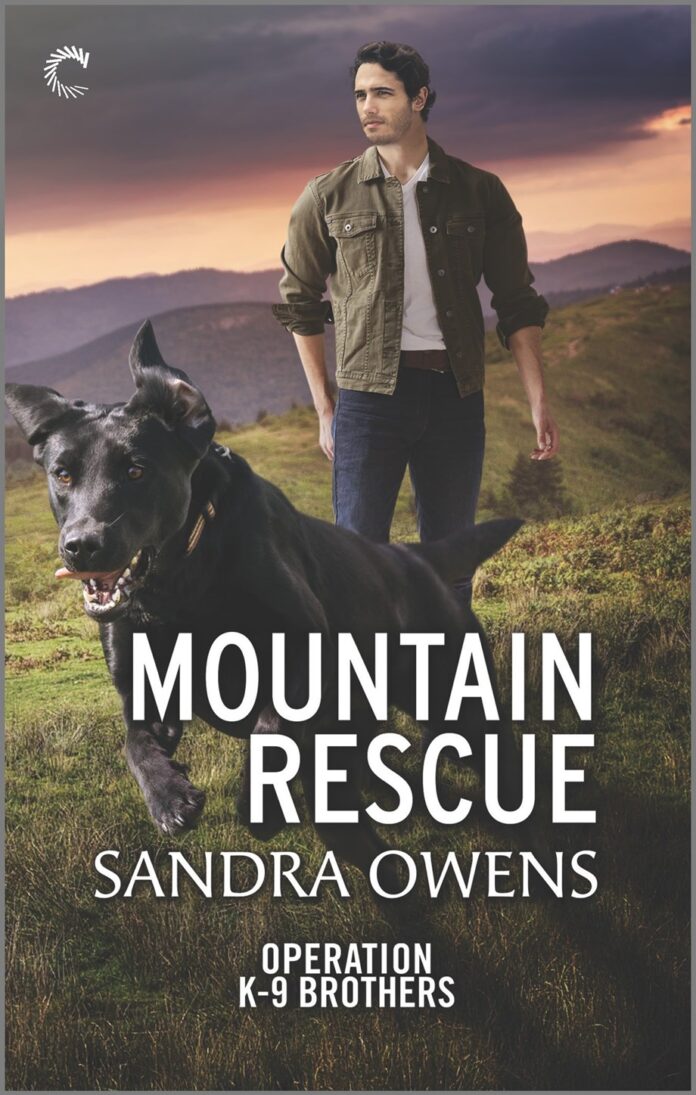 This is the third installment in a K9-centric series by romantic suspense powerhouse Sandra Owens, in which injured Navy SEALs find new purpose–and romance–training therapy dogs for wounded warriors.

A woman on the run. A wounded SEAL who wants to become invisible.

Two strangers, one mountain cabin.
The sole witness to a murder, stuntwoman Rachel Denning thought she’d found the perfect hideout in a remote cabin just outside Asheville, North Carolina. Until a strange man appears in her bedroom. After a few terrifying moments, she realizes it’s a mix-up—he’s not there to kill her—and Rachel finds herself with an unexpected protector in the form of a navy SEAL.

Dallas Manning is just trying to recover. After being rescued from the Taliban, he’s on extended leave. Finding his mountain retreat occupied by a gorgeous knife-wielding stranger isn’t part of his recovery plan, and neither is training dogs. But an old friend enlists him to help train service dogs for veterans, and Dallas recognizes himself in Bella, a dog rescued from a bad situation.

All Dallas wants is to be left alone so he can get his head straight, but Rachel stirs his protective instincts. Being trapped together makes it impossible to ignore their growing attraction, but neither of them can outrun their pasts. They’ll have to find a way forward together or risk losing it all.