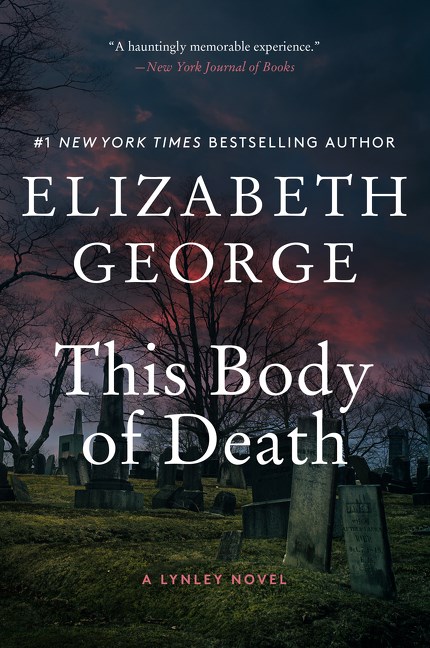 THIS BODY OF DEATH BY ELIZABETH GEORGE

“Elizabeth George reigns as queen of the mystery genre. The Lynley books constitute the smartest, most gratifyingly complex and impassioned mystery series now being published.”—Entertainment Weekly

On compassionate leave after the murder of his wife, Thomas Lynley is called back to Scotland Yard when the body of a woman is found stabbed and abandoned in an isolated London cemetery. His former team welcomes his return; they don’t trust their new department chief, Isabelle Ardery, whose off-putting manner leaves them on edge. Lynley may be the sole person who can see beneath his superior officer’s hard-as-nails exterior to a hidden—and compelling—vulnerability.

While Lynley works in London, his former colleagues Barbara Havers and Winston Nkata follow the murder trail south to the New Forest—a beautiful and strange place where animals roam free, the long-lost art of thatching is very much alive, and outsiders are suspect. What they don’t know is that more than one dark secret lurks within the secluded woodlands, and that their investigation will lead them to an outcome that is both tragic and shocking.