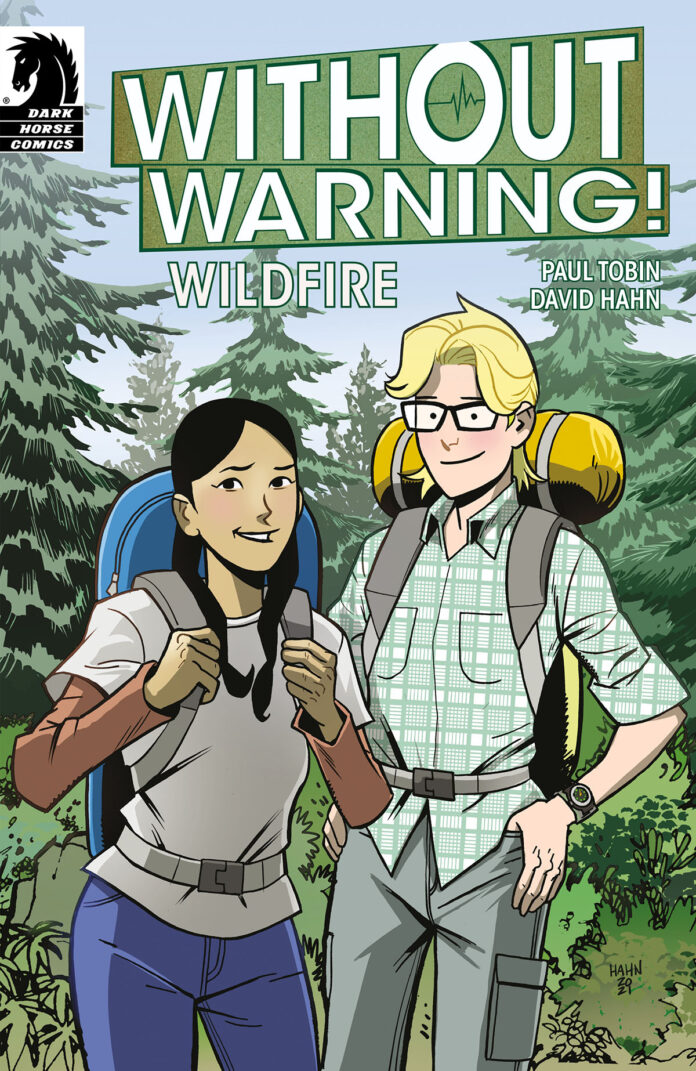 The Oregon Office of Emergency Management and Dark Horse Comics have released a new comic book titled Without Warning! Wildfire. Addressing what to do before and during a Northwest wildfire, the comic is third in a series of educational and entertaining comic books promoting emergency preparedness.

“The Without Warning! comic book series began because we found that many public education publications struggled to resonate with younger audiences,” said Althea Rizzo, OEM Geologic Hazards Program Coordinator. “The series has been a huge hit, helping us engage with youth while introducing and reinforcing the concept of readiness.”

Emergencies and disasters can happen at any time, often without warning. Empowering every Oregonian—including youth—to reduce their risk, be ready, and know what to do when disaster strikes is critical to staying safe. Kids and teens who are prepared often experience less anxiety and feel more confident during actual emergencies and disasters.

“Smokey Bear offers a variety of educational options for young children, but it’s been challenging to find engaging and creative resources to talk with teens and young adults about wildfire prevention,” said Kristin Babbs, President and CEO of the Keep Oregon Green Association. “This comic book fills that important gap.”

Without Warning! Wildfire features characters hiking and camping in a Northwest wilderness area who are forced to flee for their lives to escape a quickly moving wildfire. The comic helps teach readers how to protect themselves, their loved ones and wildlands when wildfires occur. The creative team includes writer Paul Tobin, artist David Hahn, colorist Tony Avina, and letterer Nate Piekos.

Without Warning! Wildfire is available to read for free at Dark Horse Digital, OEM’s website, and on iOS and Android apps. It is also available on Kindle, Comixology, Google Play and Apple Books. Printed copies are available in English and Spanish through county emergency management offices, Clackamas Community College, and Keep Oregon Green.