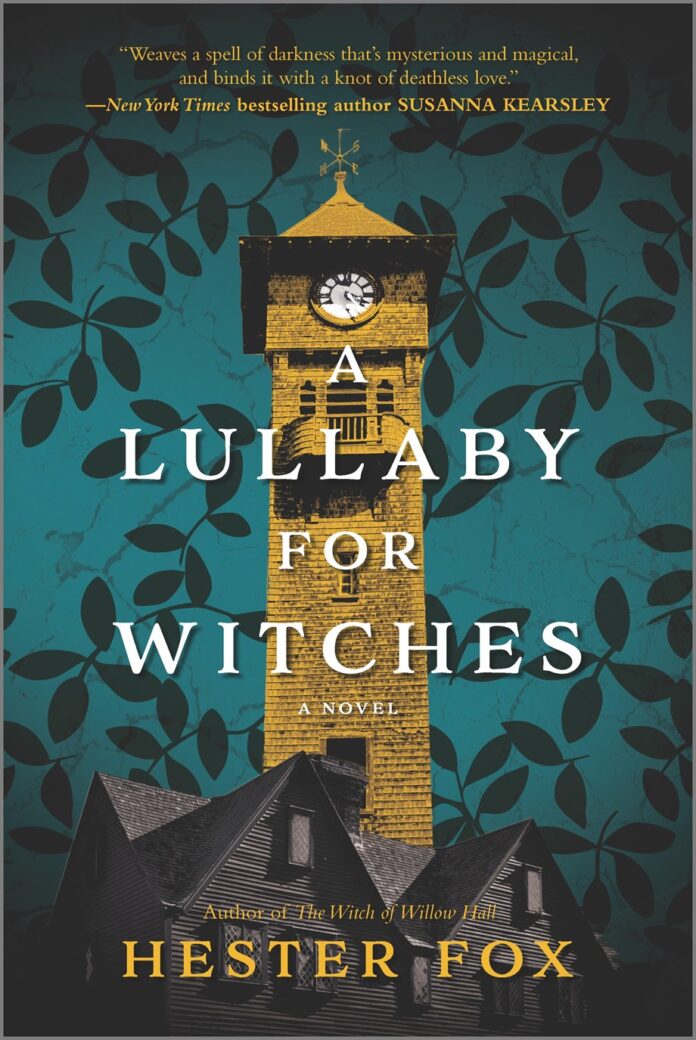 A LULLABY FOR WITCHES BY HESTER FOX

From the author of The Witch of Willow Hall comes a deeply atmospheric new novel about a young museum worker, Augusta, who stumbles across a mysterious woman written out of the historical record. When this woman begins to call to Augusta across the centuries in strange and impossible ways–and may have dark intentions–Augusta must solve the mystery of the woman’s identity, and her fate, before it’s too late. Perfect for fans of THE ONCE AND FUTURE WITCHES and THE CLOCKMAKER’S DAUGHTER.

Augusta Podos has just landed her dream job, working in collections at a local museum, Harlowe House, located in the charming seaside town of Tynemouth, Massachussetts. Determined to tell the stories of the local community, she throws herself into her work–and finds an oblique mention of a mysterious woman, Margaret, who may have been part of the Harlowe family, but is reduced to a footnote. Fascinated by this strange omission, Augusta becomes obsessed with discovering who Margaret was, what happened to her, and why her family scrubbed her from historical records. But as she does, strange incidents begin plaguing Harlowe House and Augusta herself. Are they connected with Margaret, and what do they mean?

As the incidents in the present day escalate, Augusta finds herself drawn more and more deeply into Margaret’s world, and a shocking revelation sheds further light on Margaret and Augusta’s shared past. And as Margaret’s sinister purpose becomes clear, Augusta must uncover the secret of Margaret’s fate–before the woman who calls to her across the centuries claims Augusta’s own life.