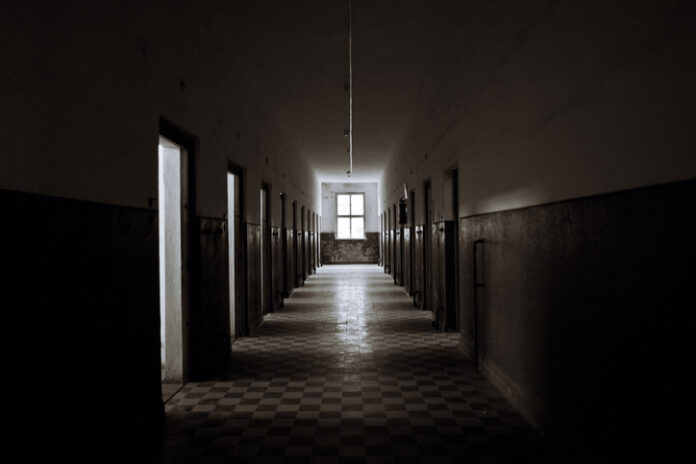 Waverly Hills Sanatorium is probably on every paranormal investigator’s bucket list for a reason. It’s a sprawling, 180,000 square-foot structure (it has its own zip code) nestled amongst beautiful wilderness, but isn’t so off-the-beaten path that you need to deplete your bank account hiring sherpas to get you there. Its tragic history makes ghost hunters and purveyors of the macabre salivate: the structure was built and constantly expanded to accommodate the throngs of tuberculosis patients who spent their final days among its halls.

It’s been featured on a number of popular paranormal series, Ghost Hunters included, multiple times. Many independent research teams have shared stunning finds at the location: from shadow figures and apparitions, to distinct voices that materialized from nowhere and seem to intelligently respond to questions posed by the living.

It’s also reinforced a lesson that’s been a massive part of my most fulfilling investigations: the danger of assuming “a connection.”

The Stupidity of “Sticking to the Script”
Human beings have a tendency to take things for granted. Relationships that started off as wonderful, awe-inspiring experiences become stagnant after a while. Folks who are doe-eyed and excited about a new job treat it as “just a paycheck” mere months into their tenure.

And the same can happen to folks who investigate supernatural occurrences, even if they’re getting paid to conduct these cases on a nationally broadcast television program. In these cases, comfort is the enemy.

Before stepping foot in Waverly Hills, I researched the hell out of the place and came up with some dumbfounding bits of information: like the fact that there was one death a day on the premises. I read about the families who tragically had to visit their loved ones from afar: the ill waving and shouting to their families from balconies (the fresh air was believed to invigorate their afflicted lungs).

It’s a heartrending thought, and as I walked up multiple flights of stairs in the black of night with my Ghost Hunters partner and Elements of a Haunting co-author Brandon Alvis, I carried that sadness with me. “I’m going to do my best to connect with the spirits here. I will show nothing but respect for their struggle.”

What I wasn’t addressing, however, was that sometimes it’s more disrespectful to be a bummer.

Which didn’t occur to me as Brandon and I geared up for our investigation. We powered on our FLIR thermal imaging camera in an attempt to capture any of the shadow figures that reportedly ambled the now-defunct hospital’s halls. We carefully placed our 360-degree ambisonic microphone to record any abnormal sounds in the middle of the dusty, concrete hallway. Then we waited for a bit for the room to “settle” before finally attempting to directly address the purported entities that were there.

We walked on, discussing the tragedy that befell the patients and their families at Waverly, and there were no direct responses. Until finally, at the end of the hallway, we believed we saw a large shadow figure, slowly making its way from room to room. But any attempts at communication with this apparition proved fruitless. And it would quickly vanish when we walked closer towards it.

Nearly every one of our runs at Waverly ended similarly. But during each leg of the investigation, there was something that kept bugging me: I couldn’t shake the feeling that I was being disrespectful.

Moving that Weight
It wasn’t until we went into the building’s famed “death tunnel,” after shutting its iron door behind us, that I discovered why I was so dissatisfied. It wasn’t that we weren’t documenting any evidence—I felt as if I wasn’t honestly attempting to contribute anything of value to the investigation.

As I racked my brain trying to think of new approaches and lines of questioning to implement that might trigger a response, I honestly confronted the fact that there simply wasn’t any way for me to understand how any of the supposed entities there felt. I drew a blank, and I was stubborn enough to admit to myself that I really didn’t have anything honest of myself to give to the situation, but I didn’t want to settle for that.

Out of nowhere, we heard a knock in the tunnel; it echoed down the steps. I looked to Brandon, who was just as shocked as I was. We proceeded to walk down the tunnel to investigate where the source of the noise came from. It couldn’t have come from above us, as the tunnel was deep underground, made entirely out of concrete, and was under about four feet of earth and dirt.

I couldn’t shake how angry I was with myself at the inauthenticity in which I approached my investigation at Waverly and the presumed spiritual remnants of the sick there. It gave me flashbacks to what I subjected my own great-grandfather to when I visited him in the hospital. I’ll never forget seeing his thin long arms splayed over those white sheets, tubes curled up above his wispy white beard and dried lips. I wept and when he saw my tears, his eyes became fire. He asked me to come closer to him and when I did, he pulled the collar of my shirt with a where-the-hell-did-that-come-from strength; I froze. He told me, “Never visit a sick person and make them feel worse.”

He let go. I snapped back into the death tunnel and I asked Brandon aloud, as “off-script” as it was considering the tragic nature of the hospital, if maybe the entities there were sick and tired of hearing about death and tragedy. I then pieced together all of the activity we had encountered, including the knock: were we being pranked?

After asking that, we heard another noise, and then walked further down the death tunnel. Someone or something seemingly responded to that thought. I ran with it and welcomed the entity to prank us, even laughing at the thought that if there were ghosts still in the building, that they’d get a kick out of trolling the throngs of investigators who visited their halls. They wouldn’t want to be reminded of their illnesses; they’d probably fight to enjoy and cherish every single day they had in the face of such horrifying odds.

Which was supported by our research: the patients at Waverly ate dinner together. They held dances and balls. They played games, and it appears that the spirits who were still there kept some of that whimsical energy alive.

When Brandon and I finally made it back up the stairs, the door we had closed behind us, one that I ensured opened up back again (because I was paranoid of being stuck in the tunnel) was locked. We confirmed that no one had gone down there, even asking to look at the CCTV cameras to ensure this wasn’t a case of “paranormal TV as usual,” and Brandon and I were being put in a Truman Show-esque situation producers sometimes subject castmates to.

After our death tunnel incident, we received direct responses and several other bouts of activity that all seemed to suggest the entities there enjoyed pranking the investigators who visited Waverly Hills.

It was personally fulfilling, not just because we found what appeared to be a way to communicate with any of the spirits at Waverly Hills, but because I was, in a way, able to make up for bullying my great-grandpa into feeling bad when I cried right in his face while he was so close to death. In a way, I was able to exorcise my own ghosts, and it all started by addressing the elephant in the room.

Here’s a look at Mustafa’s latest book: ELEMENTS OF A HAUNTING

Peek Behind the Scenes of Spine-Tingling Investigations 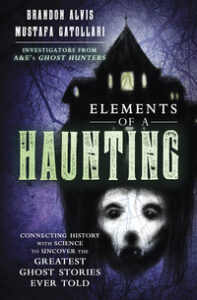 Join Brandon Alvis and Mustafa Gatollari, stars of the hit A&E television show Ghost Hunters, as they delve into the methodology of their most compelling investigations. Within these pages, you will discover the fascinating history of six haunted locations and how it pertains to the events of each case, including details that have never been previously revealed.

Elements of a Haunting covers the shocking secrets of the Athenaeum in Indianapolis, the Madison Seminary in Ohio,… 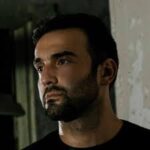 serving as historian and site analyst for the team. He has investigated more than eighty locations, from abandoned factories to mass gravesites.