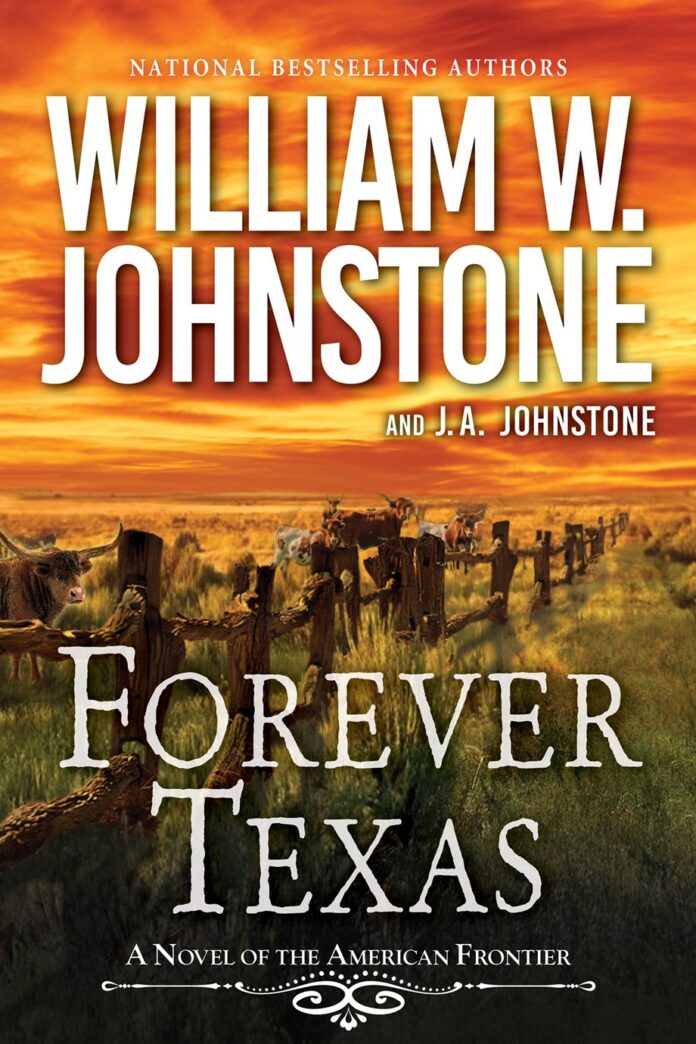 Based on real events and the true history of the legendary King Ranch in South Texas, this historical adventure from the Greatest Western Writers of the 21st century evokes the reality of life on the Texas frontier, as one pioneering family battles to forge a new life and carve out their own piece of the American West…

No one knows better than the American masters of epic Western fiction that forging a new life on the frontier takes hope, drive, and plenty of ammunition.

It’s 1852. The wounds of the Mexican War are healing. Regis Royle, co-owner of a steamship fleet, has made it out alive, relatively unscarred and with enough profit and foolhardy ambition to envision a new life in south Texas. With the help of his crack-shot kid brother Shepley, his glad-handing riverboat partner Cormac Delany, and his old friend, raw-edged former Texas Ranger Jarvis “Bone” McGraw, Regis is laying claim to the prime jewel in a magnificent rolling prairie: the Santa Calina range teeming with wild mustangs, cattle, and eighteen-thousand acres of lush promise.

But all dreams have a price. For Regis, it’s hell to pay—and the fire is coming at him from all directions. On one side of the border, it’s banditos and a vengeful Mexican heiress with a passionate hatred for greenhorn gringos. Especially those who have their eye on land once owned by her family. On the other side, the Apaches, slave traders, and outlaws have Santa Calina in their sights. And none of them are going to walk away from the bloody battle.

The brothers Royle and their partners have the most to lose—including their lives. They made a pledge to themselves to build the greatest ranch in America. To see it through to the end, they’ll have to ride hard and learn the bitter necessity of violence and bloodshed.

The war is over. But a new battle is on the horizon. Based on true events.