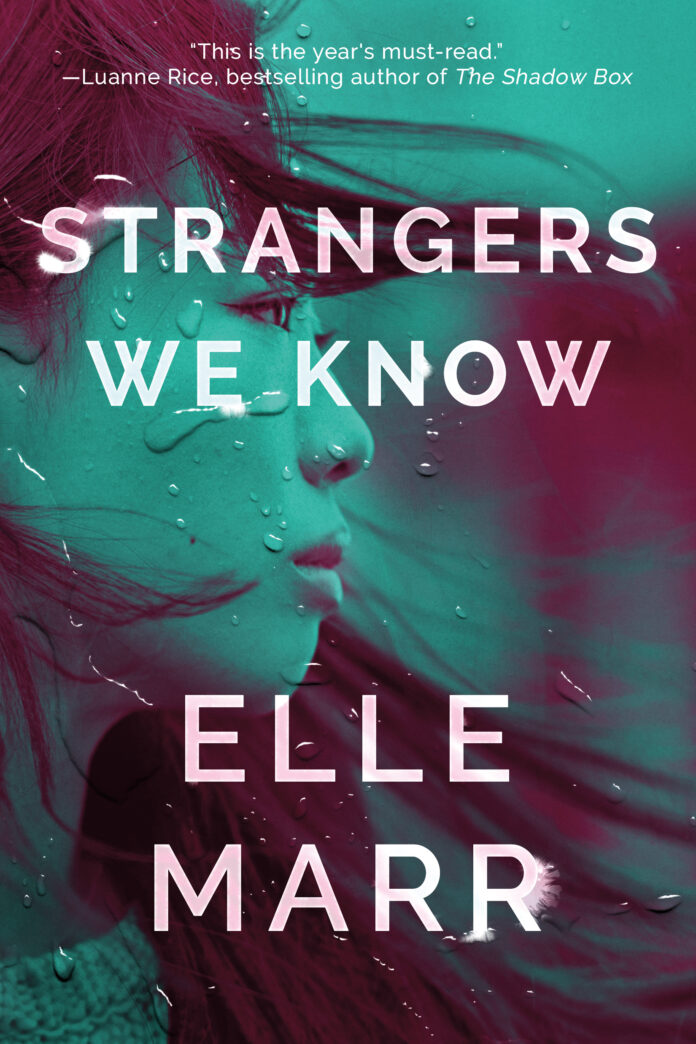 STRANGERS WE KNOW by Elle Marr

Originally from Sacramento, Elle Marr graduated from UC San Diego before moving to France, where she earned a master’s degree from the Sorbonne University in Paris. She now lives and writes in Oregon, with her husband, son, and one very demanding feline.

Her debut thriller THE MISSING SISTER was the #24 Best Selling eBook of 2020 on Amazon, a #1 Amazon Best Seller, #1 in the Kindle Store, featured in Woman’s World, and named one of PopSugar’s 31 Thrillers of 2020. LIES WE BURY earned a Kirkus starred review, was named one of Romper’s 30 Spring Releases of 2021, one of The Nerd Daily’s Eagerly Anticipated Thrillers, and reached #1 in Serial Killer Fiction for four straight weeks. Publisher’s Weekly said, “Marr is a writer to watch.”

For more information and updates on her next thriller, connect with her online at www.ellemarr.com.