SNEAK PEEK: THE MESSY LIVES OF BOOK PEOPLE By by Phaedra Patrick

THE MESSY LIVES OF BOOK PEOPLE By by Phaedra Patrick

Have you ever wished you were someone else?

Mother of two Liv Green barely scrapes by as a housecleaner to make ends meet, and often finds escape in a good book, daydreaming of one day becoming a writer herself. So when she lands a job housekeeping for her personal hero and mega-bestselling author Essie Starling, she can’t believe her stroke of luck. Both mysterious and intimidating, Essie is an infamous recluse following a fall from grace, and Liv is the only one she’ll talk to after retreating completely from the public eye.

Just as the two women form an unlikely friendship, Essie dies unexpectedly, leaving Liv an astonishing last wish: to complete Essie’s final novel. But to do so, change-averse Liv will have to step away from the fictitious worlds in her head, and into Essie’s shoes. And as Liv begins to write, she uncovers secrets from Essie’s past that reveal a surprising connection between the two women that will change Liv’s own life story forever…

Brimming with surprises, lots of heart, and a sparkling cast of characters, the new novel from Phaedra Patrick is a poignant exploration of the different crossroads we face in life, the power of friendship, and how it’s never too late to take control of your own story.

Jocie McKadehttps://www.jociemckade.com/
Her fiction writing has received the Author / Ambassador at Library Journal Self-e Authors, Winner Queen of the West Reader Favorite Award, Amazon Bestseller - Historical, Double finalist in the Next Generation Indie Book Awards in the Mystery and Humorous Categories. Writing humorous cozy mysteries and romantic comedy, Jocie can find humor in most everything, even when she shouldn't. She lives in the Midwest on Dust Bunny Farm with her family.
Previous articleLUCID HOUSE PUBLISHING HAS 2022 BOOK EXCELLENCE AWARDS!
Next articleBOOK REVIEW: Dragon Sect: Highcliff Guardians Epic Fantasy By Richard H. Stephens 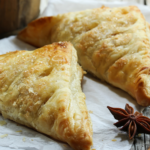