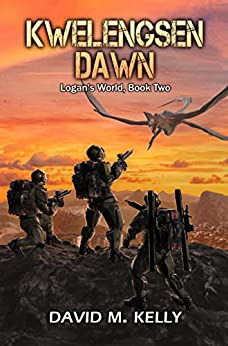 When you lose everything you love, the whole world becomes the enemy.

After his planet was invaded by ruthless Corporate forces, engineer Logan Twofeathers is trapped on Earth by the authorities, who are more afraid of starting a war than helping their people. He may be safe, but many others are still missing.

When security tries to arrest him on trumped-up charges, he must find his own way to return to Kwelengsen. His only option is to seek out someone from his past–a borderline psychotic, who might just be crazy enough to help.
Now, he must draw on all his strength and resilience as he undertakes a precarious and violent journey into the unknown, with enemies lurking in every shadow. The outlook is bleak, and all he has is his grit and sense of honor. Will that be enough?

The battle is over. But the war is about to begin.

“I really enjoyed Mathematics of Eternity. The main character is far from perfect (physically) and through no fault of his own is dragged into an event that could change the lives of those still living on a partially-drowned Earth. The worldbuilding was amazing, the science plausible, and the story engaging. I would highly recommend it.” – Indie Sci-Fi Fantasy 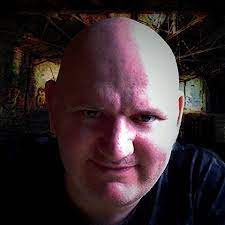 David M. Kelly writes fast-paced, near-future sci-fi thrillers with engaging characters, cynical humor, and plausible science. He is the author of the Joe Ballen series, Logan’s World series, and the Hyperia Jones series, and has been published in Canadian SF magazine Neo-opsis.

David’s interest in science and technology began early. At the age of six his parents allowed him to stay up late into the night to watch the television broadcast of Neil Armstrong stepping on to the surface of the moon. From that day he was hooked on everything related to science and space.

An avid reader, he worked his way through the contents of the mobile library that visited his street, progressing through YA titles (or ‘juveniles’ as they were known back then) on to the classics of Robert Heinlein, Isaac Asimov, Arthur C. Clarke, and Harry Harrison.

David worked for many years in project management and software development. Along the way his interests have included IPSC combat (target) pistol shooting, crew chief on a drag racing team, and several years as bass player/vocalist in a heavy rock band. He also managed to fit in some real work in manual jobs from digging ditches and assembly lines jobs to loading trucks in a haulage company.

Originally from the wild and woolly region of Yorkshire, England, David emigrated to Canada in 2005 and settled in Northern Ontario with his patient and supportive wife, Hilary. Foot surgery in 2014 temporarily curtailed many of his favorite activities – hiking, camping, piloting his own personal starfighter (otherwise known as a 1991 Corvette ZR-1). But on the plus side, it meant a transition from the world of IT into life as a full-time writer—an opportunity he grasped enthusiastically.

David is passionate about science, especially astronomy and physics, and is a rabid science news follower. Never short of an opinion, David writes about science and technology on his blog davidmkelly.net. He has supported various charity projects such as the Smithsonian’s Reboot The Suit and the Lowell Observatory Pluto Telescope Restoration. He also contributes to citizen science projects such as SETI@home.