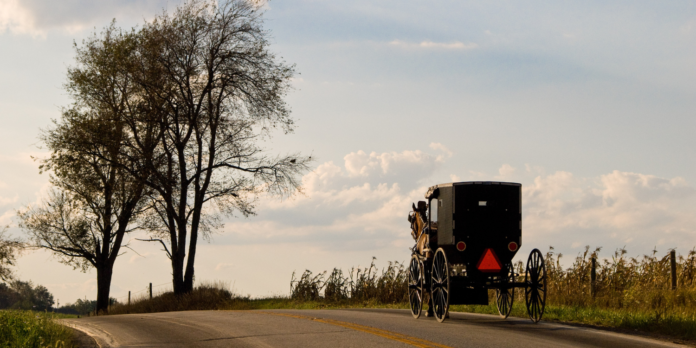 His Amish Sweetheart is coming June 28, and you are going to love it!

The Petersheim house is getting too crowded for nine-year-old twins Alfie and Benji. As if things weren’t bad enough with three older brothers hogging all the bacon at breakfast and using more than their fair share of toilet paper, Mammi and Dawdi Petersheim have moved in because of Dawdi’s stroke. If Alfie and Benji have any hope of getting their own bedrooms, they have to get rid of their annoying brothers, and the only way to convince their brothers to move out is to make each of them fall in love. What could be so hard about that?

Alfie and Benji are determined to find Austin a wife, but Austin is their least-favorite brother and they don’t think they can convince a girl to fall in love with him.

Austin Petersheim just wants to make peanut butter and find a wife, but he has the most annoying little brothers in the world, and they keep getting into all sorts of mischief that Austin has to clean up. Only Austin’s best friend, Hannah Yutzy, seems to understand how frustrated he is about keeping his brothers in line. If he could find someone he can talk to as easily as Hannah, he’d marry her in a heartbeat. Until then, he might have to lock himself in his room to escape his brothers.

Will Hannah give up on clueless Austin? Will Austin open his eyes and see the love that’s right in front of his face? Will Alfie and Benji finally move out of the cellar?

Alfie and Benji Petersheim are the incorrigible nine-year-old twins in the Petersheim Brothers series, and they are always getting into trouble. I used some of the antics of my own six children when writing about Alfie and Benji plus some of the real-life stories from my friend’s youngest son. One day my friend’s son cut his eyelashes so he could better see through his binoculars. I knew that story had to make it into one of my books.

Alfie and Benji Petersheim are always in trouble or thinking about ways to get in trouble:

Fondly nicknamed “The Peanut Butter Brothers,” Andrew, Abraham, and Austin Petersheim skillfully run one of Wisconsin’s most cherished family businesses. But their mischievous younger twin siblings have a talent all their own—for matchmaking . . .

Between work and keeping his little brothers out of trouble, Austin Petersheim barely has time to think, much less court the most popular maidel in town. But if he can establish a local market to direct-sell his family’s goods, he’ll stand out as a potential husband. He’s so grateful for the help of his longtime friend, Hannah Yutzy, who has such practical ideas—and is so easy to talk to . . .

While Austin embarks on his plan, his siblings have a plan of their own: to give Austin and Hannah a little nudge to show them they’re made for each other. When their antics wreak havoc with a rival family emporium, Hannah must help Austin set things right. And as she does just that, Austin is stunned to realize his best friend could be his perfect wife. Now he’ll just need the courage and faith to find out if she agrees . . .