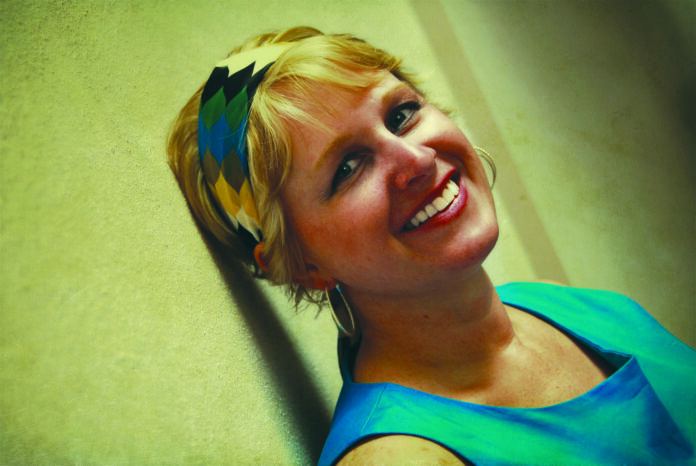 Can you please provide a brief summary of your new novel, Sunburst?
Sunburst is a twist on the marriage of convenience trope. It’s set in beautiful Nigeria and is about a former Navy SEAL who is sent in to rescue his brother from the Boko Haram. He discovers, among the captives held with his brother, the woman he never stopped loving . . . but can’t have. That is, until they find themselves on the run in Nigeria and the only way to protect her is to marry her. But when the dust settles and they’re safe, can he let her go? It’s book 2 in the epic Sky King Ranch trilogy.

Sunburst is the second novel in your Sky King Ranch series. What is the connecting factor for all three books in this series?
Sky King Ranch is the home of the Kingston brothers, who went their separate ways ten years ago after an epic family fight. They all entered different branches of the military and are now all separated from that life, for different reasons. They find themselves returning home to the ranch only to discover that there is trouble afoot that’s bigger than the ranch, bigger than Alaska, and something only they can stop. This all starts with a mysterious woman who arrives in Alaska in book 1. So the connecting tissue is more than the family and the ranch; it’s the suspense thread that thickens with each story.

Sunburst is set in Nigeria. Can you please tell readers why you selected this location? During the pandemic my son married a darling woman from Nigeria named Precious. They were married in Italy. My husband and I were unable to attend, and she wasn’t able to return to her home, which was a big deal. Nigerian weddings are something to behold, and I hated that she missed out on that special event. So, when I was outlining my next book I thought, what if Presh and I planned a fictional wedding for my heroine, and thus, she at least got to take part in planning a beautiful Nigerian wedding. Plus, it gave me a chance to experience her culture through research and deepened our relationship through our many hours spent together on Zoom. Someday I hope to visit Nigeria—and attend her wedding event. (Yes, even though they are already married!)

Although your two main characters, Ranger Kingston and Noemi Sutton, reconnect in Nigeria, they have met before. Can you provide a little information on their backstory? Ranger and Noemi met in one of my favorite places—Key West. I set their meeting before the hurricane damaged the Bahama Mama resort in The Heart of a Hero, so it was fun to revisit that location. They met while Ranger was training for a free-diving certification and Noemi and her father were ashore to fix their sailboat. As for the rest . . . well, you’ll just have to read the book!

In an effort to save themselves and the rest of the hostages, Ranger and Noemi come up with a plan. Can you give a hint to what this plan involves? Well, the trope sort of gives it away, but they are inadvertently mistaken for a married couple, which plays into their game plan until they meet Noemi’s uncle, who is the Ovie of the area (aka the king). He’s not so happy that they married without his permission, so everything goes off the rails!

NGO worker Noemi Sutton is in Nigeria attempting to return a young girl to her family in the Boko Haram territory. What type of research was required to accurately portray the intense danger that this undertaking would entail? Aside from reading news reports and watching terrible videos, I read a number of books by survivors who had been kidnapped by the Boko Haram. One was a fantastic book titled Under the Tamarind Tree. That’s where I got my idea for the massive Kuka tree in chapter 1. I also read a number of memoirs by former missionaries to the area to get their take on the life from a foreign point of view.

Do you have a favorite character or one that you can really relate to? I think I really love Auntie Precious. She immediately takes my heroine, Noemi, into her heart. I’d like to be like her.

Sunburst is packed with suspense, romance, and international intrigue. What is the secret to being able to masterfully blend all three of these elements? Each step of the story in one area creates a problem in one of the other areas—so everything is connected. The romance isn’t just tacked on and the suspense isn’t just “stuff that happens.” When I plot, I start with the international problem, and then I make it personal by giving the characters a trigger, or ignition, into the plot. This in turn triggers the romance, which causes them to do something about that situation, adding to the suspense. Then it all twines into the international plot. Going back and forth like this keeps the story from being episodic and instead builds on each story thread.

What do you hope readers will experience when reading Sunburst? I hope they sense the peace that comes with trusting God, even when he seems far. He is closer than we think, and sometimes it just takes opening our eyes to see Him. 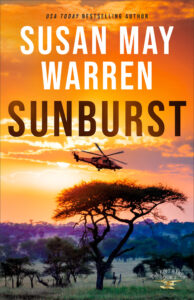 When former Navy SEAL and lifelong bachelor Ranger Kingston is called upon to take part in a rescue mission to save his brother Colt, who has been kidnapped by terrorists in Nigeria, he is shocked to find among the hostages a woman he knows and could never forget.

Noemi Sutton was attempting to return a young girl to her family in Boko Haram territory when she and the girl found themselves taken hostage, along with several others.

And while Ranger Kingston may be able to get the hostages away from their captors, he’ll need Noemi’s help if he ever hopes to get out of Nigeria alive.

Her solution? Pose as husband and wife. But when her uncle discovers the union, he insists on a traditional Nigerian wedding–binding Noemi to a man destined to break her heart. Worse, she’s discovered the real reason she was kidnapped, and anyone around her is bound to be caught in the cross fire. Including her so-called new husband.

She’ll need to figure out a way to leave the man she loves if she wants to save his life.

Susan May Warren is the USA Today bestselling author of more than 85 novels with more than 1.5 million books sold, including the Global Search and Rescue and the Montana Rescue series, as well as Sunrise. Winner of a RITA Award and multiple Christy and Carol Awards, as well as the HOLT Medallion and numerous Readers’ Choice Awards, Susan makes her home in Minnesota. Find her online at www.susanmaywarren.com, on Facebook @SusanMayWarrenFiction, and on Twitter @SusanMayWarren.