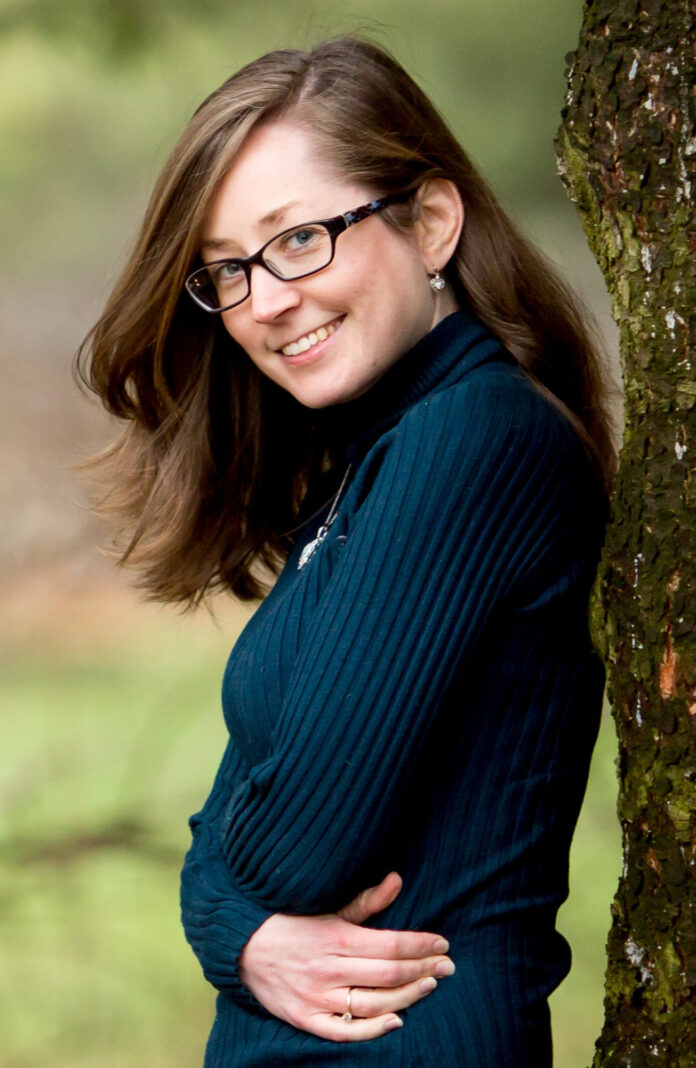 Welcome Joanna! Let’s start with you telling readers a bit about THE LOST MELODY.

The Lost Melody is about a concert pianist who sees the entire world in terms of music. She sees the people around her, the good and bad circumstances of her life, even the atmosphere of a place, as a song with all its unique traits. She enters Hurstwell Pauper Lunatic Asylum as an aid to find a mysterious ward she never knew about—and who the asylum claims was never a patient there. Because her father has paid for this woman’s keep for many years, and because Vivienne herself recognizes the woman’s portrait, she cannot keep from searching out the truth. She’s seen this woman and heard the haunting lost melody she plays on the piano, yet no one seems to know her or what became of her. She discovers more than she ever imagined she would, pairing her skill in music with a place deeply in need of healing, and we get to see through Vivienne what impact music has on people’s minds and bodies—and what impact light has in darkness.

What inspired the story of a woman searching for a mysteriously missing patient?
I had a dream once—that’s how so many story ideas start—that I woke up in some prison cell for speaking out about God. It was terrifying and emboldening, and I felt I had a mission, even within these odd circumstances. In the morning, I wrote out the details of what I’d experienced, then I started asking “what if?” I made it a story idea, and thought about why someone might find themselves trapped in an asylum. I tossed out the overdone ideas and thought of more. What put her there? What happens next? Then what? And since this came from a dream, I thought it would be a fun twist to have the mysterious character the heroine searches for be from a dream too. A pianist who played a distinctive song in the middle of the night, and only the heroine heard it. I had no idea where I was going with the idea, but it was an interesting place to start!

The Lost Melody is set in the Victorian era. What drew you to this time period?
Of all the books I’ve read, some of my favorites were written during the Victorian era. I feel at home in that slice of history, and I just love the nuances and climate of the time. Things were vastly different then, especially for the poor and for women, but humanity remains the same. There are so many insights into our life here and now through the lens of Victorian England.

Your character spends a great deal of time at an asylum. What type of research was required to accurately portray this time period and the location?
I read a lot of nonfiction material concerning asylums, including myth-busting statistics and evidence. I also read journalist Nelly Bly’s account of her time in a “mad house,” as she called it, and everything she experienced. Her story took place in New York, so I mostly used her impressions and thoughts rather than the historical details that wouldn’t have necessarily matched British asylums, but it was incredibly helpful in setting the tone in my head.

What I found most helpful were the journals written by various asylum inmates, mostly men, in Victorian England. Those accounts were raw and heartbreaking, especially when I recognized everyday conditions in the patients described in the pages. There were also records of items patients left behind as well as early photographs of their faces, and that added a human element to my research. I couldn’t set these stories aside. I couldn’t forget about the people and their lives. And through all this research, I found a great deal of hope and beauty.

Your main character, Vivienne, is a concert pianist. What compelled you to write about a musically talented character?
When God invited me into a very dark-sounding premise, this asylum setting, I wanted to contrast it with something intensely beautiful. One of the most beautiful things I could think of within that time period was music—especially piano music. Whenever I write, or even when I’m homeschooling my small children, piano music permeates the atmosphere and somehow grounds us all. It’s calming but also full of life, and that’s exactly what I wanted to put into this story that could otherwise be quite dreary. The music ended up becoming a huge component of the story, and adding so much light and hope and fascinating historical elements that I can’t wait to share with readers. The music portion of my research and my preparation was a real delight to my music-loving heart.

There is an element of psychological suspense in The Lost Melody. Do you find it challenging to add in this type of suspense?
Very much so! I always start out knowing the ending of my stories—but then discover I’m wrong at some point in the drafting stage. I add twists and change outcomes all the time, and it feels like I’m uncovering more layers than I even include in the finished novel. So as I’m writing these stories, even the simple plot twists, they really mess with my brain. All the possibilities, the what-ifs, the impossible scenarios, the dots that suddenly connect . . . they just dance around in my head, twisting this way and that until suddenly all the pieces are in place and there’s an entire story laid out.

Honestly, I never think the story will work itself out, or that a resolution will be possible, until it happens and it’s there. A writing friend once told me that our brain hates an unfinished story, and that’s how this one especially went for me—I couldn’t get it out of my head until I’d untangled every last twist and saw everything clearly. Then, of course, there’s the matter of going back through the whole thing and making sure all the details add up and actually point to the right conclusion!

Do you identify with Vivienne in any way?
Absolutely. I’ve played piano for as long as I can remember, and the way music gets under her skin—in a good way—is somewhat from my own life. I’m not a performer, but I absolutely love to play and listen to music. Beyond that, I felt her spiritual struggle heavily. The idea of having a strong purpose in life, then being derailed, finding yourself trapped in circumstances that were nowhere near what you’d planned . . . and realizing the interruption was as important as the previous mission you were on. Perhaps more so. I’ve been in some long seasons I didn’t understand, didn’t like, and after crying out to God with all my questions and probably more than a few complaints, I realized each time what freedom I still had within the prison of those circumstances.

What do you hope the reader takes away from The Lost Melody?
A sense of freedom within the constraints of circumstances. At some point we all find ourselves mired in a place we don’t want to be, trapped by someone else’s choices or by unforeseen events. We fight it, complain about it, then something happens and we settle into the season and maybe even realize this interruption was the point all along. That our purpose and mission are found right in the midst of the place we never wanted to be. Or at the very least, that we can have a great deal of freedom within that difficulty. What freedom is available to God’s people, especially within their heart, no matter what’s going on around them.

What do you love about writing historical fiction?
I love the characters! I always start with them. Then I look at what’s going on in the world around them and how that might shape who they are, their motivations, their heart questions. Humanity remains largely the same over time, broken but beautiful, but there’s something irresistible about stepping out of your own world and visiting another, spending time with the people there and seeing humans from their perspective—then seeing the similarities to ourselves in modern culture.

Where can our audience go to connect with you?
My newsletter is where I share everything first, and you can connect with that on my website: jdpstories.com. I’m also on Facebook and Instagram as Joanna Davidson Politano. I also create Pinterest boards to help readers visualize my stories.

When concert pianist Vivienne Mourdant’s father dies, he leaves to her the care of an adult ward she knew nothing about. The woman is supposedly a patient at Hurstwell Asylum. The woman’s portrait is shockingly familiar to Vivienne, so when the asylum claims she was never a patient there, Vivienne is compelled to discover what happened to the figure she remembers from childhood dreams.

The longer she lingers in the deep shadows and forgotten towers at Hurstwell, the fuzzier the line between sanity and madness becomes. She hears music no one else does, receives strange missives with rose petals between the pages, and untangles far more than is safe for her to know. But can she uncover the truth about the mysterious woman she seeks? And is there anyone at Hurstwell she can trust with her suspicions?