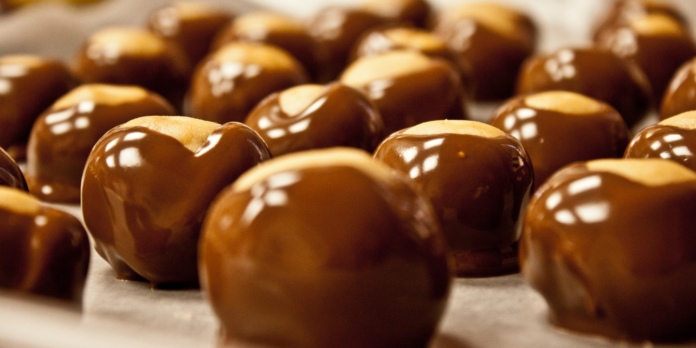 I when I started writing the Amish Candy Shop Mysteries that one day I would write a mystery featuring peanut butter. Peanut butter is one of my favorite flavors. But I didn’t only want to write about peanut butter because I love it. I also wanted to write about it because the series is set in Ohio, and there is no better known Ohio candy than buckeyes. These peanut butter and chocolate balls are sold all over the state and often made for Thanksgiving, Christmas, and of course football season in honor of the Ohio State Buckeyes. I’m so happy that I was finally worked them into the series and was able to share the Ohio treat my readers. Enjoy Maami’s recipe. It’s super easy!