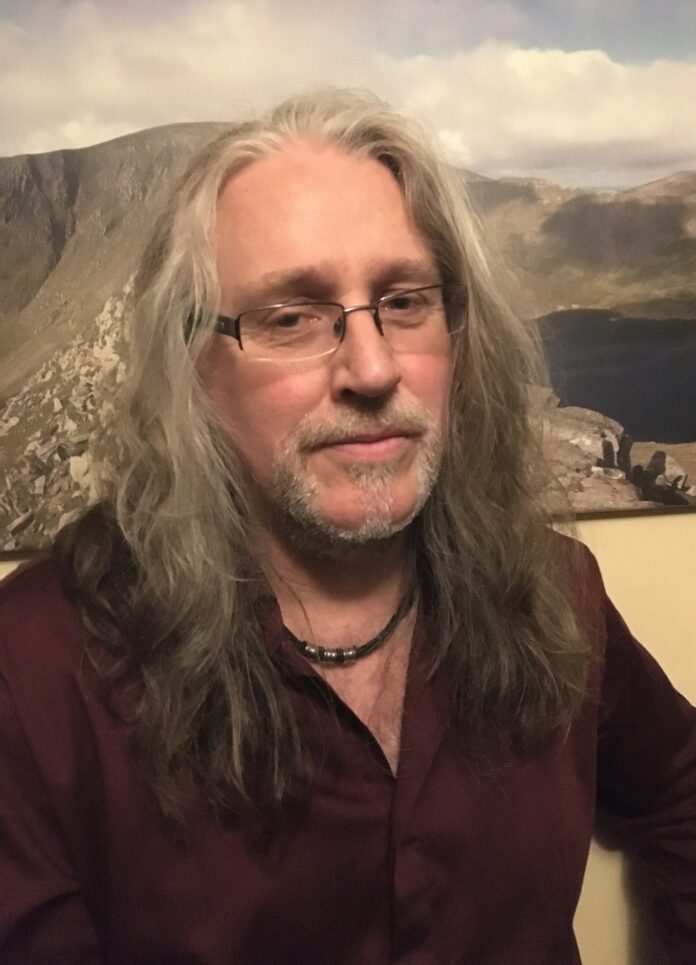 In terms of the horror genre itself, sadly I’m pretty difficult to scare. I think that’s because I started watching adult-rated horror movies at a tender age. There was this friend of mine in our neighbourhood, who as a kid, got a video recorder and colour TV for his room. His mother was persuaded to rent all the stuff we weren’t supposed to see at that time. At around age twelve, I was viewing movies like John Carpenter’s The Thing, Halloween, The 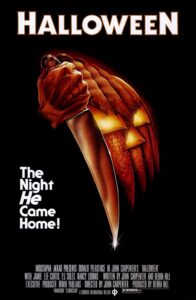 Fog, etc, and this went on for a few years, and so I got to see a whole raft of content which wasn’t suitable for my age back then. Undoubtedly, this exposure desensitized me to the darker aspects of onscreen storytelling. It’s funny because now, aged 52, if I’m watching anything of that nature, I’m the only one in the room who doesn’t send the popcorn flying when there’s a jump scare. I find it hilarious when others do!

That said, I did manage to frighten myself, and my partner at the time, when I wrote my debut novel. Titled ‘The Jesus Man: 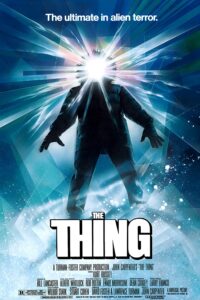 A Post-Apocalyptic Tale of Horror’, it centres on a priest living in a post-war community who begins to suffer visions of impending disaster for the last vestiges of mankind living there. As these visions increase in intensity, he becomes possessed by dark forces, which are ultimately channelled into the sanctuary through him.

In his ensuing spiral into madness, a girl from a harrowing vision is seemingly plucked from his imagination to become the very thing which haunts the waking hours of his daily routine – the ghost of a soul who never existed. Her laughter echoes throughout the chambers of the sanctum. She sits on his bed and has disturbing conversations with him. Despite there being a multitude of unnerving sequences within the book, it was this character alone which brought out an unusual fear in me. I’d wake in the middle of the night thinking I’d heard laughter in the household. For two whole weeks I slept with the light on, convinced I’d somehow brought this figment of my imagination (and 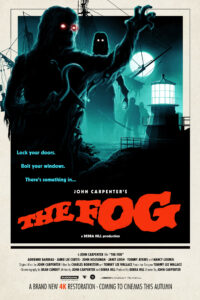 the priest’s) out into my own reality. I’m getting a slight shiver just thinking about it now!

As for what scares me in the real world I’d have to say ‘the things that people do to one another’. Sadly, we seem to be surrounded by all kinds of dark things going on at this moment in time, and I find myself fearful for the outcomes. War, environmental disaster, and so on, it’s all very scary.

Oh, and sharks, let’s not forget sharks! Whenever I’m in the ocean… urrgh!!

Here’s a look at Keith’s latest release IN THE GRIMDARK STRANDS OF THE SPINNERET: 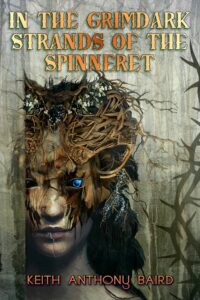 Thematically akin to Netflix’s The Witcher and HBO’s Game of Thrones/House of the Dragon, the novella In the Grimdark Strands of the Spinneret: A Fairy Tale for Elders is the latest work by British author Keith Anthony Baird.

Centred on a female lead, it tells the story of a high-born maiden displaced from the family’s seat of power by a once loyal inner circle aligning itself with those who would usurp the throne. Barely escaping with her life, in the encompassing massacre of her family, she is spared death by the intervention of a warlock living in seclusion beyond the ancient forest. Dispatching her pursuers, he takes in the maiden of the vale, and so begins her new path in study of the dark arts.

In exile, consumed with a desire for revenge, her dark heart brings forth a transformation from fallen waif to feared necromancer – her legend growing down through the ages. Decades later, as crone of the forest, she begins to execute the outcome of a carefully woven strategy, one which will see her ascend to her rightful place as ruler of the realm.

Laced with cold-hearted betrayals, subtle deceits, and pacts with dark forces, her stratagem comes together in a relentless blood feast which sees all laid low in her want for justice. Rich in fairy tale atmosphere, dread, and fantastical creations, the story will appeal to lovers of dark fantasy and folk horror alike.

Keith Anthony Baird is the author of The Jesus Man: A Post-Apocalyptic Tale of
Horror (Novel), Nexilexicon (Novel), And a Dark Horse Dreamt of Nightmares (Book of Shorts), This Will Break Every Bone In Your Heart (Novelette) and Snake Charmer Blues (Short), and a psychological/horror novella titled A Seed in a Soil of Sorrow. His works can be found on Amazon and Audible.

The Diabolica Britannica horror anthology was his brainchild, in which you will find his own
contribution Walked a Pale Horse on Celtic Frost. 2021 saw the release of the Diabolica Americana and HEX-PERIMENTS anthologies, the latter in partnership with author Ross Jeffery.

His dark fantasy novella In the Grimdark Strands of the Spinneret is coming from Brigid’s Gate Press in November 2022.

He is currently querying a dystopian/cyberpunk novella titled SIN:THETICA and writing a vampire-themed novella called A Light of Little Radiance in collaboration with fellow British author Beverley Lee.

He lives in Cumbria, in the United Kingdom, on the edge of the Lake District National Park.