Search
Home Blog JUST IN TIME FOR HALLOWEEN A Trilogy of Horror Novels by... 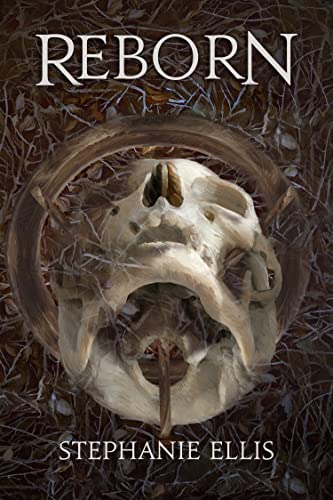 Return to the Weald, the world Stephanie Ellis introduced us to in The Five Turns of the Wheel.

Reborn is the story of Cernunnos, the Father of all, who has risen. Born of blood offerings, he travels to the Layerings—one of those places, like Umbra, which sit just beyond the human veil.

Reborn is the story of Tommy, Betty and Fiddler, the infamous troupe whose bloody rituals were halted by Megan, Tommy’s Daughter. Rendered weak by Megan’s refusal to allow them to hunt in the human world of the Weald, th seek their rebirth and forgiveness from the Mother and Cernunnos.

Reborn is the story of Megan, who follows Cernunnos and Hweol’s sons on a pilgrimage of hope—one that would see her husband restored to her and the dark presence of Hweol removed.

Ultimately, though, Reborn is the story of Betty, the most monstrous of the three brothers. He is Nature, red in tooth and claw. He is what the Mother made him. And who are we to judge?

With Reborn, Ellis delivers another powerful tale of folk horror that will captivate the reader from the first page until its final bloody climax. 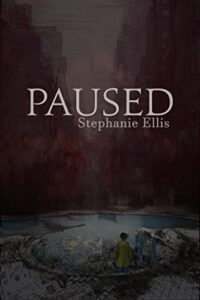 A terrifying pandemic sweeps the world, rendering its victims completely immobile but leaving them conscious with their minds intact. The victims are helpless against the environment, completely at the mercy of wild animals, weather, out of control fires, and other dangers. There’s no hope for those safe in their homes either, as they slowly starve to death, unable to feed themselves or drink. 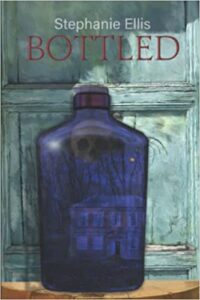 Tyler Torrence has inherited his late grandfather’s house, a home filled with bad memories and nightmares from his childhood. He returns hoping to learn the truth of his grandfather’s secrets, especially the secret of the ‘impossible bottles’ and what lay beyond the black door. The door through which he was never allowed to enter as a child.

But returning to the house is a mistake. It doesn’t take long for Tyler to realize the hold the house has over him, and that he is a prisoner of the ancestral curse that claimed his grandfather. Now he must fight to break the curse before it claims him and his son.

Stephanie Ellis writes dark speculative prose and poetry and has been published in a variety of magazines and anthologies, the most recent being Scott J. Moses’ What One Wouldn’t Do, Demain Publishing’s A Silent Dystopia and Brigids Gate Press’ Were Tales. Her longer work includes the novel, The Five Turns of the Wheel and the novellas, Bottled and Paused. Her short stories can be found in the collections, The Reckoning, and As the Wheel Turns.

Her poetry has been published in the HWA Poetry Showcase Volumes VI, VII and VII, Black Spot Books Under Her Skin and online at Visual Verse. She has also co-written a collection of found poetry, Foundlings, with Cindy O’Quinn based on the work Alessandro Manzetti and Linda D. Addison. A gathering of her dark twists on traditional nursery rhymes can be found in the collection, One, Two, I See You.

She is co-editor of Trembling With Fear, HorrorTree.com’s online magazine and also co-edited the Daughters of Darkness anthologies. She is an active member of the HWA and can be found at https://stephanieellis.org and on twitter at @el_stevie.