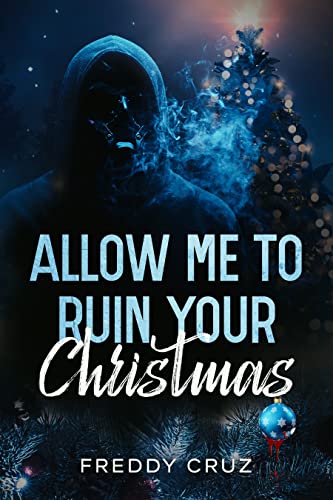 Allow Me to Ruin Your Christmas By Freddy Cruz

A new spin on the holiday season!!!

He just discovered why his dad died. Now ‘tis the season for a rampage of revenge…

Beckett needs his eyes bleached. Catching his mom and his favorite podcaster doing things that will get them on Santa’s naked and naughty list is enough to turn his stomach. And after he agrees to officially meet the new boyfriend, his slightly nauseous Yuletide cheer devolves into rage when he learns the guy was involved in his father’s death.

Driven by the need for vengeance, the incensed son sets out to stuff the home-wrecking grinch’s stocking with burning coal—by going after the loser’s wife and daughter. But as Beckett’s gore-trimmed plan descends into chaos, another ghastly secret could send him into murderous overdrive.

Is he about to unwrap a no-holds-barred retribution spree?

Allow Me to Ruin Your Christmas is a perfectly gruesome revenge thriller. If you like characters pushed over the edge, dark acts, and family drama, then you’ll love Freddy Cruz’s bloodstained holiday treat.

Buy Allow Me to Ruin Your Christmas to put the “x” in X-mas today!

“If you like your festive stories dark and twisted, Freddy Cruz has a gem for you. Allow Me to Ruin Your Christmas is packed full of secrets, lies and diabolical characters you’ll love to hate.” _ Adam Hamdy, bestselling author of The Other Side of Night. 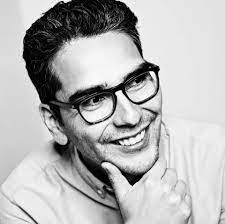 In 2022, he launched his own media company, Freddy Cruz Creative Works, and is the host of Freddy’s Huge ASK Podcast.

When he’s not in the lab writing or creating auditory satisfaction, you can find him nose deep in a book or snuggling with his dog Sparrow. Keep up with him on Instagram, Twitter, LinkedIn, and at freddycruz.link.