Search
Home Blog Who Has Buried the Dead 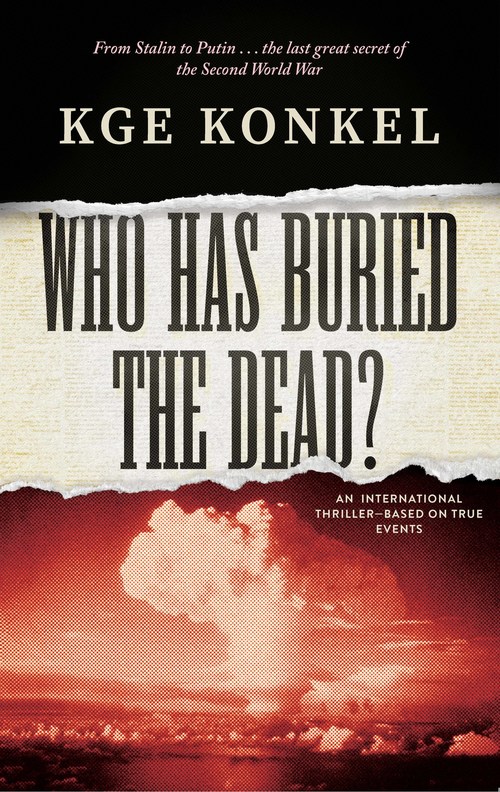 Many observers see Russia’s war against Ukraine as the product of Russian President Vladimir Putin’s narcissistic personality and megalomaniacal quest for glory. But …what if the genesis of Putin’s war was sown decades ago in the rise of Soviet Imperialism and the actions of another brutal dictator, Joseph Stalin? That tantalizing theory is explored in the shocking new novel, Who Has Buried the Dead, the third book by successful author and career law enforcement officer KGE “Chuck” Konkel.

“After years of in-depth research, I believe I have discovered one of the last great secrets of the Second World War,” said Konkel. It is based on historical facts so critical to the emerging world order that the NKVD, Gestapo, and the Allies led a desperate search, using any means, including murder, to locate it for their uses. Yet somehow, its very existence has not been factored into the histories of the Second World War. “I illuminate this discovery in the pages of Who Has Buried the Dead to answer, among other things, the age-old question of how mad men and their loyal supporters can still convince modern nations and educated people of the necessity of going to war?”

Russia’s brutal levelling of Ukraine’s cities, indiscriminate killings, and political mass murders greatly resemble what happened in the forests of Katyn in Belarus over seventy years ago and represent an extension of the reality of Stalin’s Russia in WWII. That legacy lives on in Putin’s attack on western democracy. Who has Buried the Dead provides profound historical insights into the mindsets of Soviet hierarchy, its naively loyal base and the threats binding them blindly to their supreme leader, both then and now.

With its complex mix of historical figures and fictitious personalities, is “Who Has Buried the Dead” a work of nuanced historical fiction or detailed historical fact? Is Putin really working from Stalin’s playbook, and if so, what is his diabolical endgame? That is for the individual reader to decide. A gripping tale about a topic ripped from today’s headlines.