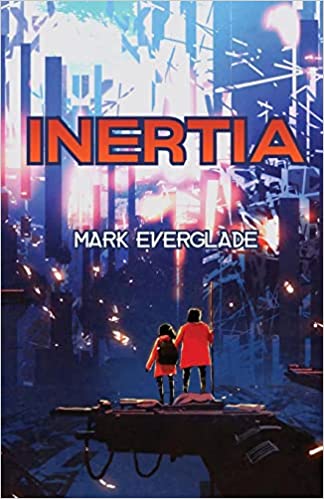 As a planet spins out of control, a young geophysicist, Ash, and her father must solve the ecological crisis using the latest cybernetics, while evading an oppressive regime profiting off the destruction.

liese 581g is the last remaining colony of the human race, located twenty light years from Earth. The planet was once tidal locked to its sun, with one side draped in darkness and the other half always bright. This changed after a radical group called O.A.K. increased the planet’s rotation to bring daylight cycles to all in the name of equality. All was not well, however, as decades passed, and new generations dealt with continual floods as the newfound sunlight melted the icecaps. Entire neighborhoods went aquatic from rising sea levels.

Soon, the planet was spinning out of control, with sunrises occurring every few hours.

Ash Rivenshear works as a geophysicist at Geosturm, a company contracted by the New Order to monitor the geological crisis. As she investigates the planet’s increasing rotation, she uncovers classified data indicating that someone is intentionally manipulating it to their own ends. An attack on her life is made to cover up the intel. After surviving, she contacts her estranged father for help, Severum Rivenshear. Having no idea he had a daughter, Severum agrees to help, but the tension of his absence throughout her life builds as he works to build a relationship with her.

Ash and her father discover a research lab where Severum uncovers a connection between Geosturm and the Old Guard, a scion of the now defunct Government of Evig Natt led by Eduardo Culptos. The Old Guard seek to restore their power over the hemisphere by accelerating the planet’s rotation at breakneck speed, exacerbating the negative ecological effects, as they convince the public that the planet was better off in darkness. They’re motivated by the wealth they obtained back when light was scarce and commodified, and seek a restoration of their influence. Severum catches glimpse of a scientist being held captive at the lab during his reconnaissance, but he’s forced to back down due to being outnumbered, and unable at the age of sixty-nine to fight efficiently due to his war injuries.

Severum approaches K.O.A., an offshoot of O.A.K., for help at their commune where he obtains equipment, and cybernetic upgrades to offset the effects of aging. Eventually, he learns that most of those effects were in his mind and not actual limitations.

Mark Everglade has spent his life studying social conflict. He runs the website www.markeverglade.com where he reviews cyberpunk media and interviews the greats. He also runs Cyberpunk Day each year with a group dedicated to bringing dystopian fiction to a new generation. His short stories have been featured beside legendary authors like Cory Doctorow and Walter Jon Williams.