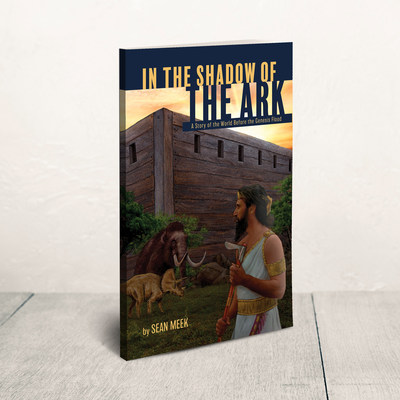 “In the Shadow of the Ark is not about the evidence of the Great Flood; there are many good books about that, it is about the world before the flood. The Bible gives only a very brief description of that world. As I thought about the world before the flood, I wondered why God would send a flood to destroy the whole world instead of just eliminating the evil people that existed in the world pre-flood. This book is written to present my beliefs about the pre-flood world and specifically why God destroyed it,” says author Sean Meek.

In the Shadow of the Ark is 140 pages, soft cover and perfect bound.

In the Shadow of the Ark is Biblical historical fiction written to present the evidence and ideas about the world pre-flood. This love story is told from the perspective of Kenan and Orani, outsiders to Noah, as they struggle to find real meaning that cannot be found through wealth and success. Their perspective shows the evil of man and why God chose to destroy his creation with a worldwide flood. From betrayal, slavery, imprisonment, and ultimately death, the characters are thrust into this timeless story about humanity and how we relate to our Creator. The frank and sometimes troubling narratives take you into a world that is not often mentioned from the pulpits.

Sean Meek stated, “I believe God wants this book to be shared to warn His people and the rest of the world not to be complacent throughout these times. The Bible tells us that God’s people can perish for their lack of knowledge. People have abandoned their Faith and turned to evolution as the answer to their questions. Most of the present generation has abandoned a Biblical worldview because they have never heard the abundant evidence for creation and the truth of the Bible. Science points to God, and I hope this book will answer questions people may have had regarding life before the flood.”

Sean Meek is excited to announce that he has also released a podcast for In the Shadow of the Ark, which will cover topics from the book and dive deeper into issues throughout Genesis. The first episode is out now, and new episodes will be uploaded often. 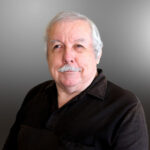 Sean Meek was the Executive Director of a Creation Ministry called Project Creation for over twenty-five years. Throughout his time as Executive Director, he traveled the country to present Biblical, scientific, and historical information to show that the Bible is accurate and infallible in all that it says to churches and schools. Meek provides in-depth knowledge of Biblical history and has been studying Genesis and life before the flood in depth for many years of his life. He sheds light on the book of Genesis while amplifying the Bible story without distorting the Biblical account.

In the Shadow of the Ark: A Story of the World Before the Genesis Flood is available at Amazon.com. You can stream the podcast wherever you listen to podcasts or listen at https://shadowoftheark.com/.