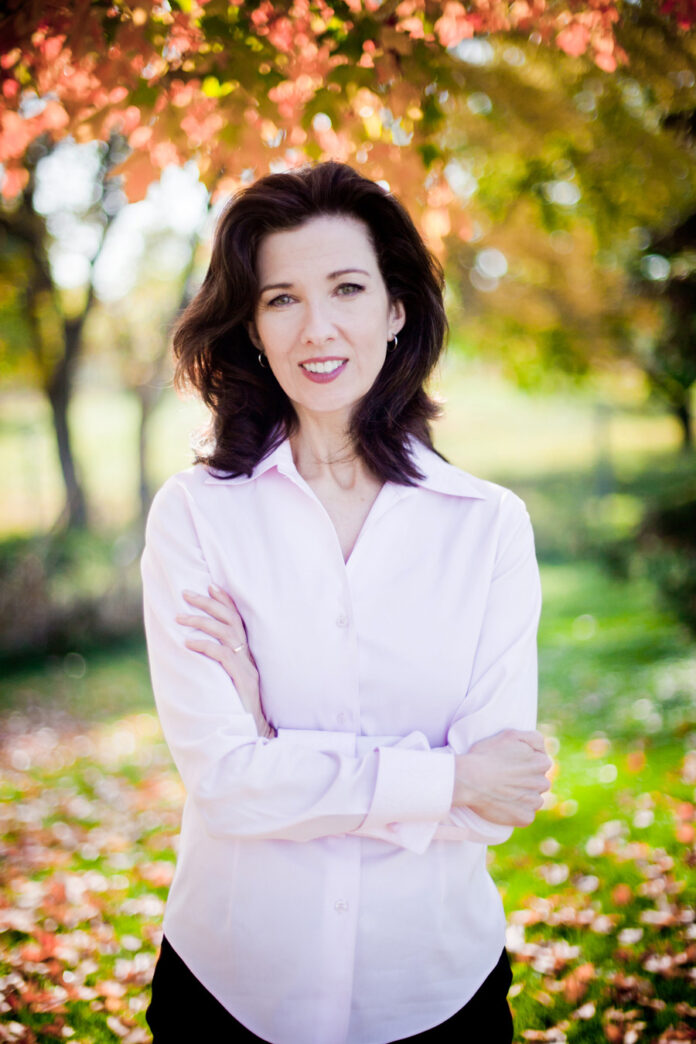 Can you describe the plot of Hearts of Steel?
Hearts of Steel is a gilded age romance featuring Maggie Molinaro, who survived a hardscrabble childhood and a decade of sacrifice to create the most successful ice cream factory in New York. When she offends a corrupt banker, she unwittingly sets off a series of calamities that threaten to destroy her life’s work. Steel magnate Liam Blackstone has fallen in love with Maggie and is prepared to lay everything on the line to defeat the enemy who is trying to destroy them both. It is a briskly paced, whirlwind romance about hope, optimism, and the power of love to achieve the common good.

Hearts of Steel is the third novel in THE BLACKSTONE LEGACY series. What is the theme that ties these books together?
At the center of the trilogy is the powerful Blackstone banking family, and each novel delves into a fascinating, real-life business crisis from the dawn of the twentieth century. Hearts of Steel is a spirited love story about the power of community to overcome corruption in the ice industry. The other novels focus on the burgeoning steel industry and building the TransSiberian Railway. Although the novels are linked, each one can easily be read on its own.

You are known for writing love stories built around little-known historical events. What real-life historical events did you feature in Hearts of Steel?
Charles Morse was a robber baron who tried to monopolize the ice industry in the early part of the twentieth century. At the time, ice was the only way to keep food cold, factories operating, and people comfortable in a world without air conditioning. When Morse seized control of the industry, he caused restaurants, grocers, and the entire food industry in New York to grind to a halt. People died of heatstroke, and morgues closed—it was a mess! My heroine’s ice cream factory goes out of business because of the ice monopoly, and she joins forces with the hero to save not only her company but also expose the political system that made such corruption possible.

What is the significance behind the title Hearts of Steel?
The steel industry plays a huge role in the trilogy, so that is the surface meaning of the title. The deeper symbolism relates to Maggie’s and Liam’s difficult upbringings. Both came from impoverished backgrounds, and the struggles they endured on their way to becoming successful adults has made them strong and yet they remain deeply compassionate people. When they see a wrong, they want to make it right. Throughout the novel, they give, suffer, and sacrifice, which makes their hearts become stronger and more resilient.

What about the character of Maggie Molinaro do you think your readers will most resonate with?
Maggie is a self-made woman who dropped out of school at age fifteen to sell ice cream out of a pushcart. The beginning of the story traces her hard-knocks journey from the slums until she becomes the owner of a successful ice cream factory. When the novel’s villain targets her company for destruction out of spite, I think the readers will be doubly invested in seeing Maggie triumph because they’ve seen how hard she worked to achieve her success.

Readers will also enjoy how Maggie has a foot in two worlds: the working-class factory life and the splendor of New York high society. She is relatively new to financial success, so it’s a bit of a struggle for her to feel comfortable in Liam’s world.

What role do spiritual themes play in this novel?
I wanted to explore what it means to be a “good Christian.” Liam was raised outside the faith and doubts his ability to live up to the Christian standards he has set for himself. He falls short time and again, but by the end of the novel, he learns the tremendous value of failure. Most people who tackle huge challenges will encounter failures along the way. Some will give up, while others will dust themselves off and stand up to try again. This is true whether in daily activities, long-term goals, and spiritual journeys. Liam will encounter failure in all three and still triumph by the end.

I hope readers will be inspired by his journey. Like Liam, we are often our own worst critics and obsess over our personal shortcomings and failures. But failure can be a powerful lesson, and very few people who accomplish great things will evade painful failures. I wanted to present failure as a normal part of life, that spiritual failures and doubts are not lifelong conditions but something that can be overcome.

How can readers connect with you?
I am very active on Facebook, where I post daily snippets of interesting historical tidbits as well as sneak-peeks into my upcoming novels (https://www.facebook.com/ElizabethCamden/) I always love hearing from readers, who can contact me at elizabeth@elizabethcamden.com 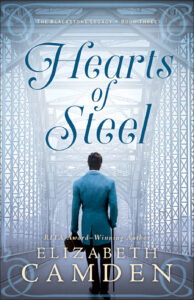 Maggie Molinaro survived a hardscrabble childhood in the downtrodden streets of Manhattan to become a successful businesswoman. After a decade of sacrifice, she now owns a celebrated ice cream company. But when she offends a corrupt banker, she unwittingly sets off a series of calamities that threaten to destroy her life’s work.

Liam Blackstone is a charismatic steel magnate committed to overhauling factory conditions for the steelworkers of America. Standing in his way is the same villain determined to ruin Maggie. What begins as a practical alliance to defeat a common enemy soon evolves into a romance between two wounded people determined to beat the odds.

A spiraling circle of treachery grows increasingly dangerous as Liam and Maggie risk their lives and fortunes for the good of the city. It will require all their wit and ingenuity to protect everything–and everyone–they hold dear.