Sneak Peek: Bring it On by Shelley K. Wall 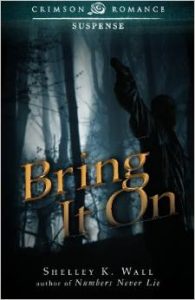 Author Shelley K. Wall let’s readers into the story behind the story in her latest release – Bring It On.

I’m the middle daughter of three, born to a farming family. With no brothers, we were all responsible for helping out and had little extra funds for frivolous things. Don’t get me wrong—we never lacked for the essentials and my parents were wonderful at pampering us whenever they could. Still, we worked for it—and as a result I learned what it means to achieve things through effort. My parents were great examples with high expectations.

Consequently, I am not very patient with people who can’t understand a good life is only good if one finds satisfaction in the effort associated with achieving a goal and not simply the end result. Risk is exciting and the greater the risk, the greater the potential reward. Yes, it can be equally dangerous and being able to balance common sense with adventure is important to having a fulfilling life (in my opinion.) I believe this determination has helped me through college years and career efforts.

My main character in Bring It On has a similar outlook-she’s grown up as the only girl in her family and been ‘one of the boys’ for years. She learned to hunt, hike, camp, fish, boat, ski, and a host of other outdoor adventures throughout her life. Her work ethic puts her alongside several male managers at a team-building event in Alaska where she’s challenged in many ways. To make it more interesting, an old family friend that knew her as a tom-boyish brat, is also part of the event. Top that with ending up in the wrong place with the right guy—and things get incredibly dangerous and complicated.

“Our first exercise is the ropes and ladders course,” Sean said without smiling. He held up the clipboard and checked the top sheet of paper for a second. “This will be done in teams of two. The sales guys will work together and the admin guys will pair up. When I call out your name and your team number, find your teammate and stand over by that path.” He pointed toward an opening in the trees. “Team One, Zeiger and Flint.”

He paused while the two men met, shook hands, and started toward the path. “Team Two, Cassidy and Wallace. Team Three, Hernandez and Billings. Team Four,  Kathryn Delroy and Thomas Ryan.” Sean raised an eyebrow. “Anyone have a problem with their teammate?”

Kathryn thought his glance rested on Thomas a little longer than normal.

No answers came from the group as everyone listened for the next order. “This is going to be fun. Most people get a good laugh, which is why we start with this, it’s sort of an ice-breaker. Okay. Follow me,” Sean motioned as he passed the group. He led the way down the path, talking as he moved. “Before we get too far, I want to caution everyone. You’re in Alaska now. You’re a guest here. This land belongs to the bear, moose, and a lot of other critters. As long as you move slowly, stay close to the cabins and lodge, and don’t do anything stupid, you won’t have any problems. However, if you do happen to come across a wild animal, remove yourself slowly from it. Do NOT run. Bears will chase you. That’s one race you’ll never win. They’re usually just as afraid of you as you are of them, so they’ll make a quick exit if you don’t get stupid.”

He hesitated for a second to catch his breath, then added, “And don’t go walking around out here in the woods by yourself. I don’t want to have to come looking for you.”

Sean moved off into the trees. The group fell into line behind him.

Thomas sidled up next to Kathryn. He grinned. “Ready for this, partner?”

“Can’t wait.” She smiled back with a hint of sarcasm as she fell into step. The path through the trees was only wide enough for one person to pass through, so Thomas held out his hand for her to pass before him. They trudged a mere hundred feet through the trees to a large opening, devoid of vegetation other than a few sparse tufts of grass. Sunshine glinted streaks of light through thick branches casting a bright haze over the troop. In the middle of the opening was an adult-size jungle gym that looked like something out of a reality show. Two large wooden beams bolted together spanned over the entire structure. One end had two ropes attached to it that hung to the ground. The ropes were knotted at one foot intervals. Kathryn swallowed as she realized she would have to climb one of them. There was no other purpose for that kind of rope. Good thing she’d used the gym as a mental rejuvenator the past few months.

A platform protruded about four feet below the top of the ropes, sort of a lookout point. On the other side of it was a large mesh net that cascaded down at an angle into the dirt. Beyond the net, a big green plastic tunnel that resembled a drainage tube curled around and ended at the other side of the structure. Large wooden slats were nailed to a six foot wide wall on the far end. The slatted wall rose up to the very top beams. The beams above the structure formed a platform less than a foot wide. It had a large rope stretched across that was about six feet over the entire contraption and anchored at each end to the supports. Another green tunnel structure hung from a platform next to the top beam. However, that tunnel angled to the ground like a water slide, where at the bottom was a large puddle of water.

Oh great. It really is a water slide. She frowned. She didn’t mind getting wet, but didn’t relish the mud at the bottom. The temperature was more than just cool, it was nippy. It would ruin the jacket she had on. The only jacket she’d brought.

“This should be fun,” Thomas whispered in her ear. Kathryn couldn’t help but tip an eyebrow up and look at him sideways.

“Okay, here’s how it works.” Sean spoke loudly to get everyone’s attention. “Each team is going to wear one of these harnesses.” He held up a rope – a leather contraption that bore resemblance to a medieval torture device.

“Really fun,” Thomas interjected, his breath tickling her earlobe. He let out a short “Ouch” as Kathryn landed a solid jab to his ribs.
About The Author:

Shelley K. Wall was born near Kansas City, the middle daughter of three. She is a graduate of Oklahoma State University with additional post graduate work there and at the University of Wyoming extension in Casper. She also holds a length career in Information Technology.

Shelley enjoys writing characters that deal with drama in a humorous way, situations that are believable even if intense, heroes and heroines that aren’t perfect, and villains that may have an inkling of redemption hidden away.

All That Is Bitter and Sweet, A Memoir by Ashley Judd. In 2002, award-winning film and stage actor Ashley Judd found her true calling:...
Read more

SNEAK PEEK: The Girl From The Channel Islands by Jenny Lecoat

The Girl From The Channel Islands by Jenny Lecoat A novel based on an incredible true story about a Jewish woman trapped on the German-occupied...
Read more 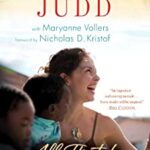 Sheila English - 25 January 2021 0
All That Is Bitter and Sweet, A Memoir by Ashley Judd. In 2002, award-winning film and stage actor Ashley Judd found her true calling:... 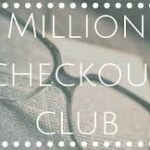 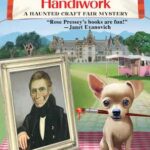 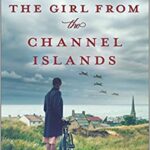 SNEAK PEEK: The Girl From The Channel Islands by Jenny Lecoat

Jocie McKade - 25 January 2021 0
The Girl From The Channel Islands by Jenny Lecoat A novel based on an incredible true story about a Jewish woman trapped on the German-occupied...