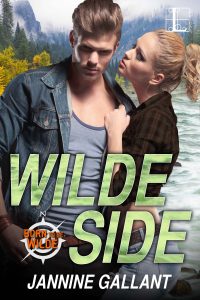 Thanks for having me as your guest! My newest release, Wilde Side, is the second book in my Born To Be Wilde series, and I’m thrilled to share a little about it with you. This book takes readers on a wild adventure from start to finish, beginning with a white water rafting trip. My hero, Sawyer Wilde, owns his own rafting company. Danger and passion mix when a congressman running for president and his entourage take a six day trip down the Middle Fork of the Salmon River in Idaho. If the rapids don’t kill them, someone else just might!

Today, I want to talk about the actual rafting. If you’ve never been white water rafting, you’re missing out on an exciting and exhilarating experience. I’m not talking about a lazy float down a peaceful river in a tube, drinking beer…although that can be fun, too. I’m talking rapids that make your heart pound as the raft dips and plunges through rough waters. I went for a couple of trips on the American River in Northern California back when I was in college. It was a blast, but I’ll admit to being a little scared. Our raft flipped not once, but twice! That rarely happens, so maybe I should change my name to Bad Luck Schleprock. At any rate, I got sucked under the water and still remember the terrifying feeling of not knowing which way was up. The fear only lasted a few moments before someone on a different raft stuck his paddle in the water for me to grab and hauled me out. We all survived the trip, and the breathtaking, rugged scenery as we paddled down the river was worth those few seconds of trauma. I tried to incorporate the wild beauty found on a rafting trip, along with the unique combination of euphoria and terror, into Wilde Side.

Here’s a short excerpt as my hero and heroine approach their first rapids, a taste of what’s in store for them…

She straightened and frowned then hooked a strand of hair behind one ear. “If that roaring means what I think, right now I may need all my concentration to stay in the raft.”

“You’ll do fine.” He poked the congressman’s son with a sandal-clad foot. “Dwight, wake up. Rapids ahead. You might want to hold on.”

“Rapids?” The journalist’s voice quavered as he, too, straightened and stared. “Oh, God.”

The raft jostled and bounced as they entered the whitewater. With a strong grip on his paddle, Sawyer steered to the right, taking the easiest route. “Of course, rapids.” He raised his voice to be heard over the thundering water. “What did you expect on a Class IV river?”

“Not this raging torrent!” Kennedy dropped his paddle in the raft and clamped an arm around the inflated side. “Oh, shit!”

They dipped and bobbed while Sawyer and Devin paddled hard, careening off rocks and swirling through an eddy. A spray of water shot up, drenching all four of them before the raft settled into calmer waters.

“Whoo-hoo!” Devin pushed wet hair out of her eyes. “That was crazy fun!”

“Fun?” Dwight turned and scowled. “Are you insane? I’m soaked.”

Kennedy crawled up out of the bottom of the raft and readjusted his glasses. “I’m just thankful we’re all still alive. Is that the worst of it?”

“Hell…er, heck, no. We’re just getting started.” Sawyer met Devin’s bright blue gaze. Despite his clammy T-shirt and wet hair, a tingle of heat shot straight through him. He cleared his throat. “The best is still to come.”

Maybe I’ve convinced you to take a white water rafting trip for your next vacation. If not, you can live vicariously through Sawyer and Devin’s journey in Wilde Side. Happy reading!

Here’s a little blurb from Wilde Side:

The Wilde brothers are addicted to the rush of adventure. But one of them is about to discover that it’s sink or swim, when passion and politics collide. . .

Whitewater rafting guide Sawyer Wilde has taken his share of inexperienced adventure seekers through the rapids of Idaho’s Salmon River, so his next group should pose no problems—even if it includes a presidential hopeful and his sexy, outspoken aide. After all, it’s just a campaign photo-op for the congressman. Until a series of minor mishaps takes a sinister turn. . .

Devin Lockhart has one job on the rafting trip: to make her boss look both presidential and relatable. And no matter how distractingly attractive their guide is, she plans to do it well. But as danger stalks them through every bend in the river, Devin must put her life—and the congressman’s—in Sawyer’s capable hands. Because surviving the trip is only the beginning of a deadly ride. . . 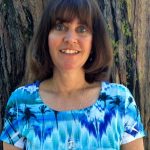 Write what you know… I’ve taken this advice to heart, creating characters from small towns and plots that unfold in the great outdoors. I grew up in a tiny Northern California town and currently live in beautiful Lake Tahoe with my husband and two daughters. When I’m not busy writing, I hike or snowshoe in the woods around my home. Whether I’m writing contemporary, historical or romantic suspense, I bring the beauty of nature to my stories.