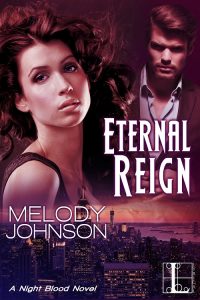 My father is an exceptional cook. His rice and beans, stuffed peppers, sancocho, chili, goulash and oven-browned potatoes were meals I’d taken for granted while I lived at home and the memories I missed most when I moved to Georgia. I’d learned to muddle my way around the kitchen in my post-college years, but after the big move, I didn’t even have the reprieve of a Sunday dinner for a small taste of home. Before making the road trip down south, however, I took pictures of all my father’s favorite recipes, so I could at least attempt them in my own kitchen. Although his dinners never taste quite the same when I make them, they remind me of family. Even though I’m physically far from them, cooking my father’s recipes, and experimenting to make them my own, is just one of the many ways I keep them close to my heart.

Ronnie Carmichael (featured in Sweet Last Drop and Eternal Reign, books 2 and 3 in the Night Blood series) is just as sentimental as me in her cooking, but she is a far better cook than I could ever hope to be; although to be fair, I’m a better eater than she’ll ever be. For her, cooking breakfast every evening for Walker and the other night bloods isn’t about eating; it’s about coming together as a family and taking a moment to make a memory. Life is precious and unpredictable, especially for a night blood; in Ronnie’s experience, memories of loved ones are oftentimes the only thing they leave behind, so like pancakes, they need to be made with love and savored. In the spirit of keeping loved ones close to heart, I’d like to share Ronnie’s Banana Nut Pancake recipe, so you can take a moment this morning to make a memory…

Light griddle to medium heat. Melt butter on griddle until bubbly, and ladle batter onto griddle to form pancakes. Wait until holes/ indents appear on pancake tops, then flip. Once golden brown, stack on a plate, add liberal ropes of maple syrup, garnish with fresh cut strawberries if desired, and enjoy!

Last week, Cassidy DiRocco had some influence over the vampires that stalk the streets of New York City. She was never completely safe, but with her newfound abilities as a night blood and her honed instincts as a crime reporter, at least she had the necessary skills to survive.

Now, thanks to the injuries she sustained while saving her brother from a fate worse than death, she’s lost her night blood status just as another crime spree hits Brooklyn. Dozens of people are being slaughtered, and each victim bears the Damned’s signature mark; a missing heart.

Cassidy will need the help of all her allies to survive the coming war, including the mysterious and charismatic Dominic Lysander, Master Vampire of New York City. But as his rival’s army threatens his coven and his own powers weaken with the approaching Leveling, even Dominic’s defenses might not be enough protection.

With nothing left to lose, can Cassidy find the power inside herself to save Dominic, his coven, their city, and survive? 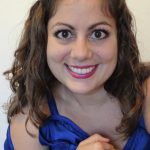 Melody Johnson is the author of the gritty, paranormal romance Night Blood series set in New York City. The first installment, The City Beneath, was a finalist in several Romance Writers of America contests, including the “Cleveland Rocks” and “Fool For Love” contests. Melody graduated magna cum laude from Lycoming College with her B.A. in creative writing and psychology, and after moving from her northeast Pennsylvania hometown for some much needed southern sunshine, she now works as a digital media coordinator for Southeast Georgia Health System. When she isn’t working or writing, Melody can be found swimming at the beach, honing her newfound volleyball skills, and exploring her new home in southeast Georgia.