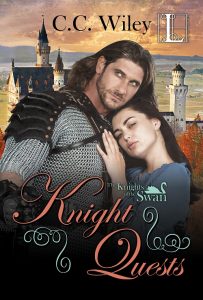 I love discovering interesting facts while doing research. Recently, while researching for my book, Knight Quests, I read about a tonic called the Four Thieves Vinegar also known as Marseilles Vinegar that kept four thieves from catching the plague.

The archives of the Parliament of Toulouse (1628-1631) record that: “During the great plague, four robbers were convicted of going to the houses of plague-victims, strangling them in their beds and then looting their dwellings: for this they were condemned to be burned at the stake, and in order to have the sentence mitigated they revealed their secret preservative; after which they were hanged.”

However, there is another version of how their story ends. One which states that when they were finally captured, they refused to speak until a bargain was offered: remain silent and hang. Or, divulge the secret to their resistance to the deadly plague and walk away.

It seems that the mother of several of the boys was a midwife and had a recipe which used natural ingredients that were easily found…yet, she swore her children to secrecy. Her sons saved their necks and apparently shared the recipe for the disinfectant.

According to the book, 1825 Pharmacologia, it is noted that, “It was, however long used before the Plague of Marseille, for it was the constant custom of Cardinal Wolsey (1473-1530) to carry in his hand an orange, deprived of its contents, and filled with a sponge which had been soaked in the vinegar impregnated with various spices, in order to preserve himself from infection, when passing through crowds which his splendour or office attracted.” https://www.archive.org/stream/pharmacologia02pari?ref=ol#page/18/mode/2up/search/thieves

According to wellnessmama.com, there are all sorts of uses for this special elixir:

And of course, as history shows, it can be used in protecting against the plague.

This is the recipe that I referenced in my book Knight Quests: Knights of the Swan #2. It is August 1415, and Henry V’s army has laid siege to Harfleur, France. Soon after, there was great sickness and disease amongst the soldiers. Since the heroine, Brigitte de Marnier, is a thief in Harfleur, I thought it fitting to add this knowledge of the recipe to her character profile.

Vinegar of the Four Thieves Ingredients:

Another version of this recipe can be found at http://www.kitchendoctor.com/essays/four_thieves.php

For a Knight of the Swan in 15th century England, falling for the enemy is an act of treason . . .

Orphaned as a young girl, Brigitte de Marnier has learned to live by her instincts. Which doesn’t explain why she accepts protection from a soldier in the service of the enemy crown. But something about Drem Ap Dafydd has her leaning into his strength, and surrendering to his intoxicating kiss, even knowing he is duty bound to destroy her . . .

As a newly appointed Knight of the Swan, Drem is eager to prove his allegiance to the English crown in the battle against France. But in his sheltering arms, beautiful Frenchwoman Brigitte arouses in him another instinct—to love, honor, and protect. Then Drem discovers his beloved has a price on her head and he must choose between his vow—and his heart’s desire . . .

You can purchase KNIGHT QUESTS at:
Kobo: https://www.kobo.com/us/en/ebook/knight-quests 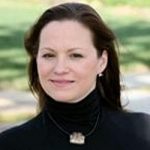 C.C. Wiley lives in Salt Lake City with her high school sweetheart of over 35 years and their four wacky dogs. When given a choice, she prefers a yummy, well-written, historical or contemporary romance that is chock-full of hope, love and a Happy Ever After. She believes there are wonderful courageous characters waiting for someone to tell their story. It’s her hope that each adventurous romance she writes will touch the reader and carry them away to another place and time, where hopes and dreams abound.