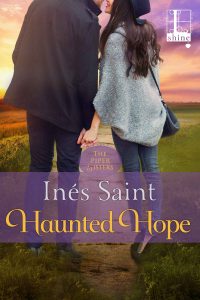 “Whatever you do, don’t wake her. Sleepwalkers tend to be disoriented when they’re awoken in the middle of an episode, and they can lash out if they’re woken up by someone they don’t know. And if you see her around during the day, don’t, under any circumstance, ever approach her as if you know her. She never remembers anything, and she won’t know you.”

The very first scene in Haunted Hope has Hope Piper sleepwalking her way to Matt Williams’ front door.  Her somnambulism (a more scientific term for sleepwalking) is central to the story, and to make sure her episodes were believable, I read up on this interesting disorder. Turns out, it would have been difficult not to make Hope’s sleepwalking believable.  Truth, as the saying goes, can be stranger than fiction. While in most cases somnambulism merely involves getting up and walking around for a bit, sleepwalkers have been known to engage in actions as complex as holding full conversations, emailing friends, and drawing masterpieces, to activities as dangerous as cooking, driving, and leaving the house for a midnight run. Stories of funny behavior while sleepwalking also abound, from reciting Shakespeare to chewing on a boot. With these examples and more, I was comfortable having Hope find her way to a house she once lived in, hold full conversations, and act strange, all while sleepwalking.

“A short bark pulled him out of his thoughts and he turned toward the sound. A by-now familiar woman dressed in reflective white pajamas and the most interesting dog he’d ever seen were standing under the lamplight in front of his house. And the dog wasn’t the one who was barking.

Hope smiled brightly and waved. “I think I can speak dog,” she called over. She looked more awake than he felt. But the fact that she was walking a dog and speaking to it in its own language at three in the morning told him differently.”

Things get more complicated when Matt and Hope meet during the day as business adversaries. Matt knows so much about her, yet it’s obvious that Hope thinks she’s never seen him before in her life. As unprepared as he is to meet her in “real life”, he’s not surprised she doesn’t remember him.  He’s done his homework and knows that sleepwalking most often occurs during the deepest stage of sleep, and because of this, most people have no memory of the event.

Unfortunately, there is no specific treatment for sleepwalking, although hypnosis has worked on some people (and can make for an interesting scene). Preventive measures are recommended to keep sleepwalkers safe, but somnambulists have been known to disable alarms and work complex locks. All this can also make sleepwalking the perfect excuse for misdeeds. Everything from cheating on spouses to crashing parents’ cars has been blamed on sleepwalking. It has even been invoked as a defense for murder in seven different known criminal cases throughout history. Astonishingly, a few of the defendants were actually acquitted on the grounds of not being conscious of their acts, and therefore, not responsible. Luckily, Haunted Hope is a romance, and though Hope may sometimes feel like she could strangle Matt and a few members of her family, she does not murder anyone, in her sleep or otherwise. A homicidal sleepwalker (which is actually a thing!) would make for a very different story.

For the Piper girls, returning to Spinning Hills, Ohio, is a chance to rebuild their lives. And in the process, each of them will welcome the promise of a whole new love . . .

For Hope Piper—aka Heartless Hope—career is everything. Requesting a transfer from her tony California office back to the Dayton regional headquarters where she got her start is a sacrifice she would make only for her sisters. There are good reasons she left Spinning Hills behind years ago—and once she’s back, her subconscious mind decides to replay them, leading a sleepwalking Hannah back to the scene of her young heartbreak. And as luck would have it, the man living in that house is currently her fiercest opponent . . . and a distractingly good-looking one.

Matt Williams has one job—to keep industry in Ohio. When he learns that one of the region’s most important employers has secret plans to close their local headquarters, he takes action . . . and finds himself up against the woman who keeps showing up at his house in the middle of the night. In those moments, when Hope is grieving and vulnerable, Matt would give anything to ease her pain. But romance isn’t realistic for two people with completely different goals—unless working together gives them both the chance to vanquish ghosts, heal old wounds, and start living for love . . .

YOU CAN PURCHASE HAUNTED HOPE at:
Kensington Books 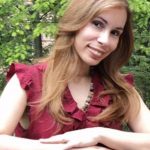 Ines Saint was born in Zaragoza, Spain. She’s bilingual and bicultural and has spent the last ten years raising her fun, inspiring little boys and sharing her life with the man of her dreams, who also happens to be her best friend and biggest cheerleader. Her greatest joys are spending quality time with family and close friends.