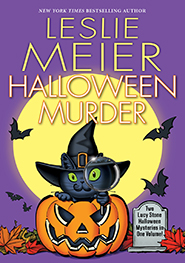 While Lucy Stone is whipping up orange-frosted cupcakes for her town’s annual Halloween festival, an arsonist is on the loose in Tinker’s Cove. When arson turns into murder, a little digging in all the wrong places puts Lucy too close to a shocking discovery that could send all her best-laid plans up in smoke . . .

Not everyone in Tinker’s Cover is enchanted with newcomer Diana Ravenscroft and her quaint little shop offering everything from jewelry to psychic readings. But a gruesome murder of Diana’s friend has Lucy Stone uncovering a deadly web of secrets—and a spine-chilling brush with the things that go bump in the night . . .

You can purchase Halloween Murder at:
Kensington Books 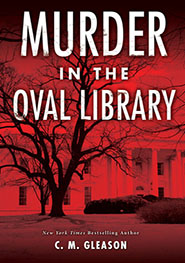 April 13, 1861: Rebel troops are across the Potomac River, only 800 feet from the White House and President Lincoln—but a murderer is even closer . . .

With the Confederate Army firing on Fort Sumter, the Civil War has begun—and an invasion of Washington, DC, from Secessionist Virginia seems imminent. As the population evacuates, the President is in desperate need of men to defend the capital.

Lincoln’s trusted aide, Adam Speed Quinn, and Quinn’s old friend from the Bloody Kansas conflict, Senator Jim Lane, hastily assemble a motley crew of just over a hundred men and garrison them in the East Room at the White House itself. Dubbed the Frontier Guard, these rough-and-tumble patriots steel themselves for the inevitable attack.

But even as dawn breaks with no Rebel strike, a single act of violence intrudes within the White House. One of the Frontier Guard lies dead in the oval library, throat slit ear to ear. There is a murderer among them.

Lincoln promptly assigns Quinn to deal with the matter, who is in turn aided by journalist Sophie Gates and Dr. George Hilton. And to Quinn’s chagrin, the Southern belle Constance Lemagne insists on being involved in the investigation as well. But when Dr. Hilton examines the body, he makes a startling discovery that overturns all Quinn’s assumptions about the murder. With his president at grave risk from without and within, Quinn must act quickly to catch the White House killer . . .

You can purchase Murder in the Oval Library at:
Kensington Books 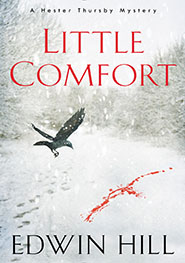 In this brilliantly twisted debut set among Boston’s elite, Edwin Hill delivers a page-turning tale of two missing persons determined to stay that way—at any cost . . .

Sam has no desire to be found. As a teenager, he fled his small New Hampshire town with his friend, Gabe, after a haunting incident. For a dozen years, Sam and Gabe have traveled the country, reinventing themselves as they move from one mark to another. Sam has learned how trusting wealthy people can be—especially the lonely ones—as he expertly manipulates his way into their lives and homes. In Wendy Richards, the beautiful, fabulously rich daughter of one of Boston’s most influential families, he’s found the perfect way to infiltrate the milieu in which he knows he belongs—a world of Brooks Brothers suits, Nantucket summers, and effortless glamour.

As Hester’s investigation closes in on their brutal truth, the bond between Sam and Gabe is tested and Hester unknowingly jeopardizes her own safety. While Gabe has pinned all his desperate hopes of a normal life on Hester, Sam wants her out of the way for good. And Gabe has always done what Sam asks . . .

You can purchase Little Comfort at:
Kensington Books 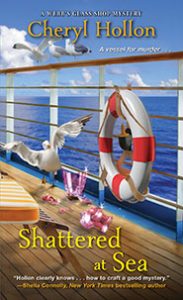 A Mediterranean cruise gives glass shop owner Savannah Webb a chance to demonstrate her expertise—and fire up her skills when it comes to foul play . . .

When Savannah signs on to perform glassblowing on a ship, part of the appeal is that she’ll get a chance to reconnect with her boyfriend Edward’s family. An added bonus is that Edward’s cousin, Ian, will be joining them on board. But when Ian disappears at the beginning of the cruise, the ship’s authorities initially consider it suicide.

Savannah tries to balance her growing suspicions with work on her shows, but her relationship with the other glass artists begins to crack. And she can’t let love color her judgment when Edward suddenly jumps to the top of the suspect list. His fate is in Savannah’s hands, and she’ll do everything she can—on land and sea—to clear his name . . .

You can purchase Shattered at Sea at:
Kensington Books