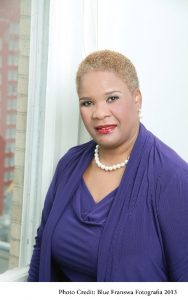 Dianne Moggy, Harlequin’s Vice-President for Editorial, said: “Brenda Jackson is a superb storyteller and we’re thrilled to bring her emotionally-charged romance novels to readers. Brenda has been a star contributor to Harlequin Desire for many years, and we’re equally excited to publish the next contributions to her popular Catalina Cove and Madaris family series for HQN Books.”

Well known as a trailblazing author in multicultural romance, Brenda Jackson released her first book, Tonight and Forever, in 1995 and published her 100th novel with Harlequin this year. She has written over 100 romance titles in total and her books have been adapted to the screen, including the made-for-television movie One Special Moment for BET, and the movie Truly Everlasting. Brenda Jackson was named Romance Writers of America’s Nora Robert’s Lifetime Achievement Award recipient for 2012. She lives in Jacksonville, Florida and earned a Bachelor of Science degree in Business Administration from Jacksonville University.

Readers Entertainmenthttp://dayagency.com
Previous articleThe Last Thing You Surrender: A Novel of World War II by Leonard Pitts Jr.
Next articleCarolina Soul: The Down Home Taste of the Carolinas by Chef Rome