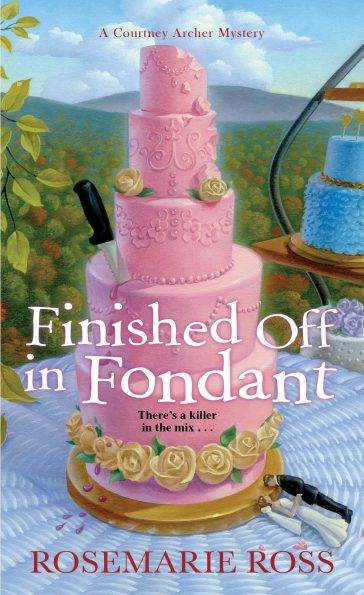 There’s a killer in the mix…

Hosting a reality cooking show could be the perfect career boost for Chef Courtney Archer—as long as the contestants aren’t suspected of murder . . .

Despite a few early hiccups, Courtney is thrilled with her starring role on The American Baking Battle, filmed at a grand resort in the Pocono Mountains. The icing on the cake? The new season has a wedding theme—complete with formalwear. But the first day on set, the producer seems to care more about profits than pastry—and the topper comes when her cohost Skylar falls ill. Little does she know things are about to end in tiers . . .

When a barely coherent, blood-covered Skylar is discovered at the doorway of his room, Courtney is horrified to walk inside and find a towering wedding cake—thoroughly smashed by the body of a woman in a bridal gown. Now suspicion is filling the studio and falling on Skylar, and Courtney has to look at coworkers and contestants, working through layers of deception to find the real culprit . . .

I turned to Shannon. “Do you think Skylar would appreciate some soup since he wasn’t
feeling well? We’d have time to take it to him.” She nodded.

I whipped out my phone and sent him a text. “Do you think he was acting funny?”

“Most people do when they don’t feel well.”

“I meant before. Did he seem nervous or on edge to you?”

She didn’t have time to answer. My phone started to ring. I looked down. “It’s Skylar. I
bet he wants to know the flavors of the day. Hello?”

“Courtney? Horrible. Something. You come?”

“Something is wrong with Skylar. He’s incoherent.” I stood while slipping my phone into
my jacket pocket.

We left our lunch mess with Eric and Pamela at the table and hurried to the elevators.
Riding up to the fourth floor, we hoped he was housed in the same suite as last time like we were. We rounded a corner from the elevator shaft.

Skylar sat on the floor slumped over a wastebasket. The door of his room stood ajar.

“I think we need to call the front desk and see about getting him to the nearest clinic,” I
called over my shoulder as Shannon and I ran toward him.

When Shannon called his name, it took effort, but he lifted his head. Blood covered the
left side of his face and was matted in his hair. Crimson stained his clothing all down one side.

Eyes wide and full of fear, he stared at me. He shook his head slowly. “I don’t know…need
help…” His words came on huffed breaths.

Had he fallen and cracked his head? It would explain the blood and disorientation.
Skylar lifted a finger and pointed at the door to his room. A wave of nausea must have
come over him. He buried his face in the wastebasket and retched.

My heart sank. Once we reached him, we saw the blood covering him looked dried or at
least not flowing. What had happened in his room? Walking around Skylar, I toed open the door.

Peeking around the door, I saw a pool of blood on the carpet and smears of blood across the floor where Skylar crawled to the door. I lifted my gaze to a five tier-wedding cake setting on the coffee table.

The round tiers, smashed and broken, leaned to one side because the cake topper was too
heavy. Push-in pillars littered the floor. Instead of an ornate or thematic decoration sitting atop the smallest layer, someone had placed a bride across the cake.

Decked out in a gorgeous wedding gown, the young woman lay face up askew in the
confection like she’d fallen asleep in a bed of buttercream. Judging from the pool of blood on the floor and the knife stabbed into her chest, she wasn’t snoozing. 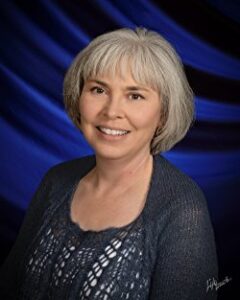 Rosemarie Ross is neither a chef, gourmet cook, nor television cooking star, but she loves watching them and turned that love into a cozy mystery series. Rosemarie Ross is also the pseudonym of multi-published author Rose Ross Zediker, who writes contemporary and historical inspirational romance novels which have appeared on ECPA bestseller lists and been finalists for the RITA®, National Reader&#39;s Choice, Booksellers Best, and Book Buyers Best award contests. In addition, Rose has hundreds of publishing credits in the Christian magazine genre for children and adults.
Social media links:
https://twitter.com/SDAuthor
www.rosemarieross.com
https://www.facebook.com/roserosszedikerauthor/