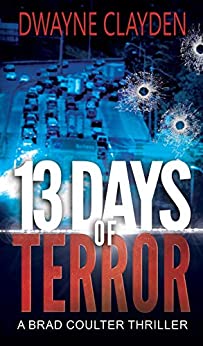 A man drops dead in the parking lot of a car dealership in downtown Calgary. No one knows where the shot came from. No one knows why the victim was targeted. The shooter? Invisible. An hour later, another body hits the ground. Random victim, random location. A sniper is terrorizing Calgary. Detective Brad Coulter has just returned to work after a leave of absence. He is thrown directly into the fire and tasked with stopping what is rapidly becoming one of the city’s deadliest killers. The shooter leaves no evidence behind but taunts Brad with notes addressed directly to him. As the death count rises, city-wide panic ensues. It is a race against time. But how can Brad hunt a ghost? 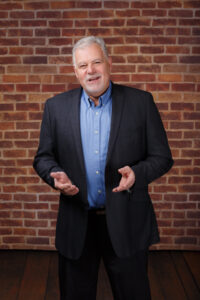 Dwayne Clayden writes crime thrillers. Dwayne was born and raised in Calgary, and  resides in Bowness.

13 Days Of Terror is the newest novel by Dwayne and is the fourth novel in the Brad Coulter Thriller Series!

Dwayne is a popular speaker at conferences and to writing groups presenting on realistic police, medical and paramedic procedures.

More information can be found about Dwayne at: