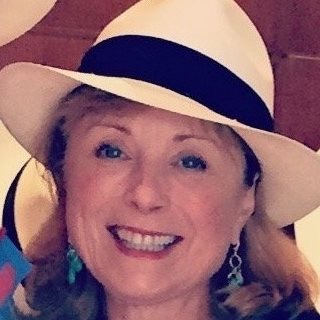 Traveling the world with author and journalist McGarvey Black

A theatre major in college, McGarvey Black pursued an acting career for a few years.
From there she moved into sales in the magazine publishing business where I sold print advertising.

In the late 80’s, she quit her job and backpacked around the world starting in Australia, on to Asia, the Middle East and then Europe.

Because of that adventure, she ended up on her next publishing job at Outside Magazine and for the next 15 years, she sold and managed sales teams for companies like Conde Nast and WebMD working at brands like GQ, Allure, Lucky and Brides. She was also on the founding team of Condé Nast’s first foray into the digital space running the ad sales team for Condénet

In 2007, with two children at home, she became a work-from-home executive recruiter for large and small internet companies for the next decade, but no matter how she earned a living, she always wrote…for me, for my friends and family.

In 2017, she left recruiting to pursue a full-time career as a writer and since, she’s penned four novels all published by Bloodhound Books. 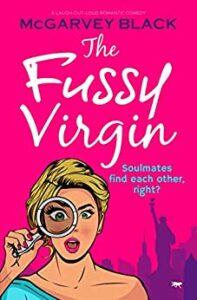 How do you find your soulmate if you don’t know their name?

After another unsuccessful relationship and determined to find “the one”, twenty-nine-year-old New Yorker, Callie Swan, an aspiring author who makes her living as a phone marketer, reclaims her virginity and begins writing a guide for finding your soulmate.

On Valentine’s Day, while conducting an opinion poll, the call connects her to Patrick Walsh.

When their ten-minute call turns into a three-hour discussion, both Callie and Patrick wonder if the other is their soulmate. But before they can exchange names and make plans to meet, the call cuts out when a massive power outage blacks out Manhattan.

With no way to recover the call, they each set out to find the other using the information they shared during their conversation.

Soulmates are meant to find each other, right? Guess again, the universe has its own plan…