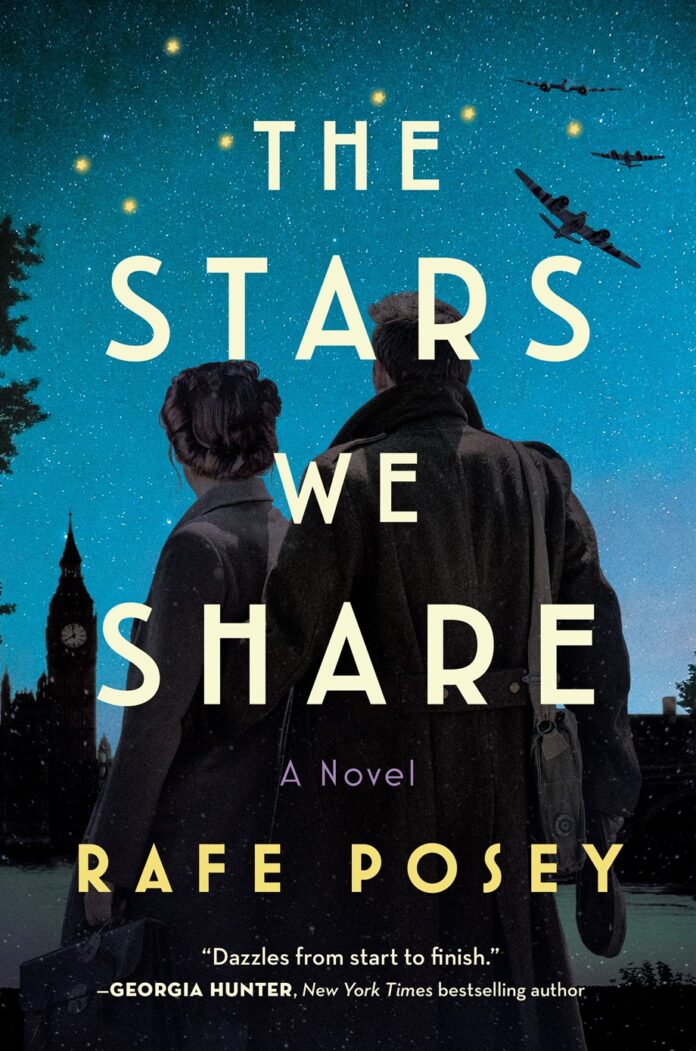 Set against the backdrop of World War II, a sweeping, atmospheric novel of sacrifice, ambition, and commitment, and the secrets we keep from the ones we love

It’s 1927 when Alec and June meet as children in a tranquil English village. Alec, an orphan, anchors himself in the night sky and longs for adventures. June memorizes maps and railway timetables, imagining a future bright with possibilities.

As the years pass, their loves feels inevitable, but soon the Second World War separates them. Alec enlists as a Royal Air Force pilot flying daredevil fighter sorties at night; June finds her calling as a codebreaker at Bletchley Park, covert work that will mean keeping her contribution to the war effort a secret from Alec forever. Each is following a dream—but those dreams force them apart for years at a time.

Their postwar reunion is bittersweet: Alec, shot down and imprisoned in a series of POW camps, grapples with his injuries and the loss of his RAF career. June, on the other hand, has found her vocation and struggles to follow the expected path to domesticity, as much as she loves Alec. But Alec wants nothing more than to make a life and a family together.

With the war behind them, their scars—both visible and unseen—make them strangers to each other. Now each must decide how much to reveal to the other, which dreams can be sacrificed, and which secrets are too big to bear alone.

Spanning forty years and shifting from bustling Indian ports to vibrant gardens in Edinburgh to a horse farm in Kenya, The Stars We Share is a poignant, heart-wrenching novel about the decisions and concessions that make a life and a love worth having.