USA Today and Kindle bestselling author Ellyn Oaksmith takes time out of her busy schedule to chat with us at Reader’s Entertainment and answer a few questions about her new book – Long Walk Home and about herself! 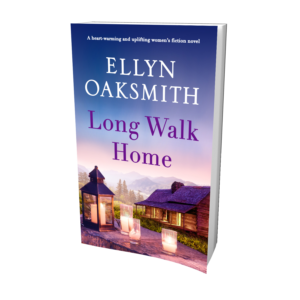 RE: First, tell us a bit about your new book!

Ellyn: Lola Alvarez loves working in the restaurant of Blue Hills, her family’s winery, looking out over vine-covered slopes down to the crystal-blue waters of the lake. But she is also determined to make her own mark on the business—to show her older sister Carmen that she’s not the same flighty teen she used to be.

Her plan to build gorgeous vacation cabins in the mountain meadow above the winery will be the perfect addition to Blue Hills, even if she has to go behind Carmen’s back to make her dream a reality. When Carmen sees how popular they are she’ll have to come round—right?

But then Gus Weaver comes back to town. Gus was her first love, the bad boy she used to climb out of windows to see. But he’d broken her heart when he left town suddenly, without so much as a goodbye. After that, she’d never seen him again.

Until now. As fate intervenes and they’re forced to work together on Lola’s project, sparks start to fly between them once again. But he’s led her astray before. Can Lola keep her mind on what she truly wants, when her heart—and the way it beats faster every time she looks into Gus’s blue eyes—is telling her something very different?

RE: What do you feel is the most unique aspect of your story?

Ellyn: I think what’s most unusual about this book and this series is that the book combines serious family dynamics, romance and lighthearted comedy. Long Walk Home focuses on the youngest daughter in the family who is tired of never being taken seriously. When she decides to go rogue and put her stamp on the family business behind her sister’s back, it’s both funny and very real. People have a tendency to view their siblings through the filter of their childhood, rather than as an adult who has developed and hopefully, matured. Long Walk Home is about the younger sister forcing her family to see her in a new light. She makes mistakes along the way but hopefully, you understand why and root for her to succeed.

RE: Tell us about your main character(s).

Ellyn: Lola is the youngest of three daughters. She was wilder in her youth and has had a hard time settling down. Her older sister, Carmen, who runs the winery has promised Lola equal footing and responsibility but that never materialized because Carmen, who is a bit of a control freak, stills sees Lola as the irresponsible, spoiled youngest. When we meet Lola, she’s furious because her sister won’t take any of her ideas on how to expand the winery, which is what leads her to some pretty outrageous decisions. Gus is her high school boyfriend who’s been MIA for ten years. He left town for jail when he was a teenager and through years of therapy has realized he needs to come home and make amends to the people he let down before he can forgive himself and move on with his life. He’s come back to Chelan for closure. He doesn’t realize that he’s still in love with Lola until he sees her. Unfortunately, she’s dating Gus’s new boss, which is very awkward.

RE: What genre(s) is this and who do you think will enjoy reading it? (type of audience)

Ellyn: Long Walk home is contemporary romance but I think people who enjoy women’s fiction will enjoy it too because it has a lot of family issues. People who enjoy books with beautiful settings will love Lake Chelan. The Alvarez family winery is on a lake in a small town in Washington state. It’s a real place that I’ve visited nearly every year since I was a child. We grew up taking my own children there too. Until recently my aunt owned a house on the water and shared it with us so we had our own private retreat. The lake is a gorgeous turquoise blue and they do have vineyards. Returning to this place for the third book was an absolute delight, especially since most of this series was written during the Covid 19 epidemic. I just fired up my computer and escaped to Chelan!

RE: Have you received any feedback on it yet, and if so, what was it?

Ellyn: The book has gotten tremendous love on NetGalley from advance reviewers. They’ve given it lots of five-star review and lots of people are telling me that Long Walk Home is their favorite book in the series. The book has a great canine character called Daisy that readers seem to adore. She plays a big part in the book and as a rescue dog is willing to do whatever it takes to reach home. She plays quite a large part in the book. Daisy is a result of my longing for a dog. My own beloved rescue dog, Lucky, died two years ago from cancer and it’s an ongoing discussion with my husband about if this is the right time to adopt another rescue dog. I spend way too much time scrolling through PetFInder.com. We had lot of travel plans before Covid disrupted the world and decided to wait on the dog in favor of travel. We shall see if there is a dog in my future in the next few months.

RE: Tell us something about yourself that most of your readers may not know.

Ellyn: I financed my graduate degree at the American Film Institute by working as a cook on fishing boats in the Aleutian Sea in Alaska. I worked 16 hours a day and served crews of up to 38 three meals a day plus a midnight snack that I prepared and left out for the night crew. When I came home from a four-month shift, I slept for 20 hours straight. During what would be my final contract, my future husband talked to me via ship to shore radio with the captain and the first mate listening in the wheelhouse. “If you quit, I’ll take you to Hawaii,” my future husband said. Although we were in the middle of the ocean, I turned to the Captain and asked if I could quit. He laughed and said, “Yes, if the office can find a replacement, you can go home.” A week later I flew back to Seattle from Dutch Harbor, It was the last time I worked a fishing contract. The money I made paid off all my student loans, part of my husband’s and helped with the down payment on our first house.

RE: What’s next for you?

Ellyn: I’m working on a book that’s tentatively called Welcome to Champion. It’s about two young veterinarians right out of vet school who both accidentally are hired for one job in a rural practice. They agree to a trial run of two months to prove who is the better vet and more suited to the town. It’s been a little tough leaving Lake Chelan and building a new world. I’m really looking forward to finishing this first draft. 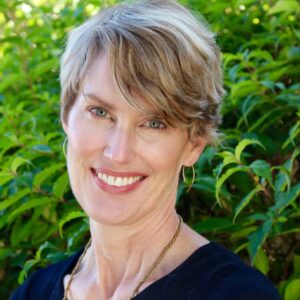 RE: Where can people interact with you and find out more about you and your books?

Ellyn: Excellent question. I love chatting with readers all over the place.

And I have a Facebook Readers Group that is really fun. Folks can post their own thoughts and have ongoing discussions. We chat about all kinds of things: cooking, books, gardening. It’s a really engaged and interesting group of people.

Thank you, Ellyn! We hope our readers will enjoy Long Walk Home and get to know Ellyn on her social media!

RUNES MADE EASY BY RICHARD LISTER A new addition to the Made Easy series, this book will teach readers about the ancient power of Northern traditions, the... 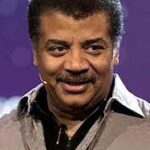 Jocie McKade - 29 November 2021 0
Neil deGrasse Tyson the famed astrophysicist and director of New York’s Hayden Planetarium and best-selling author has signed with Holt for his next book,... 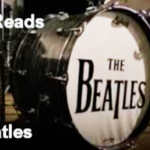 Jocie McKade - 4 December 2021 0
Have you been watching The Beatles: Get Back? Directed by Peter Jackson, the documentary covers the making of the Beatles’ 1970 album Let It Be and has... 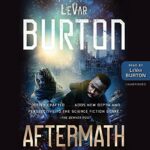 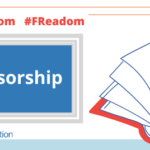 Jocie McKade - 2 December 2021 0
Due to a dramatic uptick in book challenges and outright removal of books from libraries, ALA's Executive Board and the Boards of Directors for... 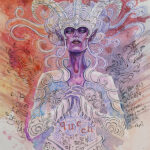 Jocie McKade - 29 November 2021 0
Retailer Exclusive Variants Will Be Sold Only Through Things From Another WorldCritical Role and Dark Horse Comics are thrilled to announce a line of... 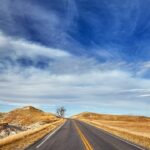 Getting to Know South Dakota by By Mary Angela

Jocie McKade - 3 December 2021 0
Getting to Know South Dakota by By Mary Angela Summer in South Dakota is one of my favorite seasons. Many years, my family and I... 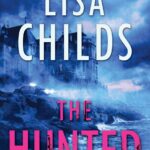 Jocie McKade - 1 December 2021 0
THE HUNTED BY LISA CHILDS YOU’RE GOING TO PAY   The pressures of fame and an obsessive stalker have driven pop star Olivia Smith to take shelter... 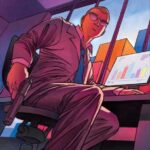 Creators MATZ and LUC JACAMON Are Back with Brand New THE KILLER: AFFAIRS OF... 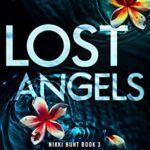 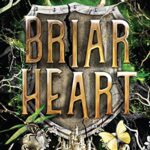 Jocie McKade - 29 November 2021 0
BRIARHEART BY MERCEDES LACKEY From a beloved fantasy author comes this fresh feminist retelling of Sleeping Beauty about one girl destined for greatness—and the powerful...