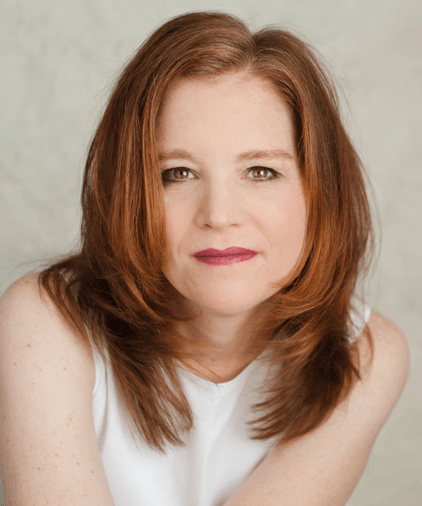 Welcome Jody, we’re excited to have you on Reader’s Entertainment. First, tell our readers a bit about yourself.

I’m married to my college sweetheart, and we’re celebrating our 30th wedding anniversary this year. I have five children and five cats and sometimes my life is a little crazy! To keep myself sane, I frequently hide between the pages of books, eat lots of chocolate, and guzzle coffee.

Where are you from, and is writing your full-time job?

I live in the beautiful state of Michigan where the winter gray lasts about six months of the year (which is why we Michiganders take our summers so seriously). After many years of squeezing in writing between homeschooling and running my kids all over kingdom-come, I’ve now moved into a new stage of life where I finally have more uninterrupted time to devote to my writing career.

I’m pretty sure I was born with a pen in one hand and a notebook in the other. Since my earliest days, I loved making up stories and writing them down. The passion followed me into adulthood. And after many twists and turns along the path, I’ve finally been able to channel that passion into a full time writing career and have now published over thirty historical novels for adults and teens.

Give readers a look at your writing day.

This past fall I finally gained an office (after working for years at the dining room table or wherever I could find a somewhat quiet space).  So now I happily and gleefully close myself away in my beautiful, peaceful office where I spend the first few hours of my day getting in my daily word count (or editing). Then once I’ve accomplished my goals, I fill the leftover time with other writerly duties (like writing interviews like this!).

Come Back to Me (releasing June 1, 2021) is my foray into the time-crossing genre. In this book, research scientist Marian Creighton, thinks her father’s quest to find the ultimate cure is crazy, even if it stems from a desire to save her sister Ellen from the genetic disease that stole their mother from them. When her father finds and drinks a vial of ancient holy water and falls into a coma, Marian discovers clues that suggest he’s crossed back in time. At first she thinks he’s insane, until she tests his theories and finds herself in the Middle Ages smack dab in the middle of the bloody Peasant Revolt of 1381.

William Durham, a valiant knight comes to Marian’s rescue and offers her protection . . . as his wife. The longer Marian stays in the past, the more she cares about William. Can she ever find her father and make it back to the present to heal her sister? And when the time comes to leave, will she want to?

I’ve always loved reading time-crossing books, but in recent years realized how few there are to choose from. After devouring the few books I could find, I decided maybe I just needed to write one for myself. I happened to have a free block of time in my schedule between projects, and so I gave myself a fun treat and wrote one.

In developing the plot, I wanted to find a concept that gave off the feeling that time traveling was really possible. Since people in comas are sometimes known to have very realistic dreams, I decided that would be the “vehicle” for the time-crossing. After discovering that visions were also connected to holy water, I merged the concepts of coma and holy water. Hopefully readers will be left with the feeling that time crossing is possible!

What readers won’t know in Come Back to Me is that Ellen and Harrison (two minor characters), will get a story of their own in the second book in the series, Never Leave Me (which releases in January, 2022). They both get an absolutely stunning, life-altering encounter with the holy water.

I’ve never had trouble with any one particular scene. But I admit, I struggled to write about the physics of time travel (because I’m most definitely not a math or science person!). At one point in the story’s development, I had several conversations with my agent about quantum mechanics. She brainstormed with me and recommended that I read The Order of Time by Carlo Rovelli as well as Seven Brief Lessons on Physics also by Rovelli. While I don’t delve too heavily into the scientific terminology and theories, I learned enough to flavor the series with realistic possibilities.

In Come Back to Me, the hero, William Durham was a difficult character to write. He’s a hardened and wounded knight who has spent many years on the battlefield in France (during what became known as the Hundred Years War). I wanted to portray him as accurately as possible for the time period but also make him a hero readers would love. Finding that balance was difficult.

Do you have a preferred time period? Why?

I love being able to write in the Middle Ages. It’s an era rife with danger and disease which makes the plotting and planning super exciting. I also love the elements of castles, knights, and daring damsels. It was a time of chivalry, honor, and integrity, but also a time that produced some of the greatest villains the world has known. Overall, my imagination goes into overdrive whenever I write a story set in the Middle Ages!

One of the authors that influenced my writing of this series is Susanna Kearsley. I have read most of her books and have loved her gentler, softer approach to time crossing. Her methods are realistic and plausible and inherent to the story.

At one point in time of my life, I had almost all the songs of The Sound of Music memorized. Every once in a while, I still regal my children by bursting into spontaneous Raindrops on Roses or the Hills are Alive.

Pure black coffee. What else is there?

Thank you so much for joining us today, Jody!! It was fun to get a peek behind the words.

Here’s a look at Jody’s latest release: COME BACK TO ME 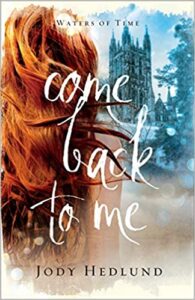 The ultimate cure that could heal any disease? Crazy.

That’s exactly what research scientist Marian Creighton has always believed about her father’s quest, even if it does stem from a desire to save her sister Ellen from the genetic disease that stole their mother from them. But when her father falls into a coma after drinking a vial of holy water believed to contain traces of residue from the Tree of Life, Marian must question all of her assumptions. He’s left behind tantalizing clues that suggest he’s crossed back in time. Insane. Until Marian tests his theories and finds herself in the Middle Ages during a dangerous peasant uprising.

William Durham, a valiant knight comes to Marian’s rescue and offers her protection . . . as his wife. The longer Marian stays in the past, the more she cares about William. Can she ever find her father and make it back to the present to heal her sister? And when the time comes to leave, will she want to?

Bestselling author Jody Hedlund is your guide down the twisting waters of time to a volatile era of superstition, revolts, and chivalry in this suspenseful story.