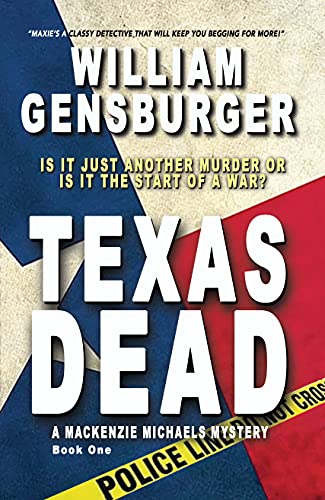 A series of murders in Corpus Christi leaves residents uneasy. All the victims were shot in the back of the head. But when a prominent financial genius is also found murdered, and not in the same way, celebrity detective Mackenzie ‘Maxie’ Michaels and her partner Kobe Jameson, must race to find the person responsible before more murders occur. As they uncover clues, the mystery deepens, dragging in powerful people, and threatening to erupt in a full-on war.

“This is a fast-paced exciting book that takes place in Corpus Christi, Texas. I really did enjoy this book. It has a solid mystery and a blooming romance. There is also comic snark between detectives Michaels and Jameson that breaks up the high drama of the story. I can’t wait for future books in the series.” ~ Mollien Fote Osterman

“I think you wrote a fast moving story that will appeal to many people. It sort of reminds me Robert B Parker’s Spenser stories.” ~Patricia Marschall 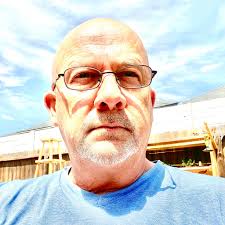 William Gensburger is the author of ‘TEXAS DEAD,’ a murder mystery novel, ‘DISTANT RUMORS,’ an anthology of 16 stories about life and death, and ‘HOMO IDIOTUS,’ a collection of published newspaper editorials.

He is also the publisher of ‘Books’N Pieces Magazine’ (soon to be a video podcast), where he has worked with many different authors, as well as publishing ‘The Concordian,’ a 24-page monthly community newspaper, until 2016.

William has written spec screenplays, as well as a collection of poetry. He is also a graphic designer, avid photographer, and cartoonist.

William was born in Hong Kong (while it was a British Crown Colony), spent seven excellent years in Australia (ironically the term most convicts were sent for), before immigrating to the United States for college, and later US citizenship. He has been fortunate to have traveled extensively throughout the United States and the world.

He currently lives in Texas with his wife and children, and a cat that runs his life.