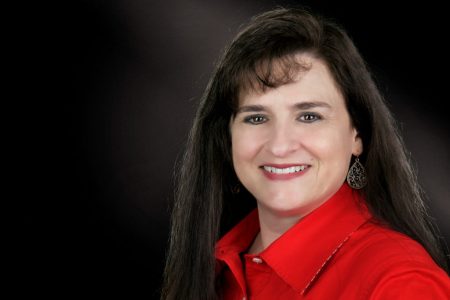 Welcome Lynette! Thank you for joining us today on Reader’s Entertainment.

Thank you so much for having me. I thrilled to be here!

First, how about telling our readers a bit about yourself? Where you’re from, where you live? Is writing your full-time job?

I live in Simpsonville, SC—very near Greenville, SC for those who are going, huh? Where’s Simpsonville? And yes, writing is definitely my full time job.

I’ve been writing for close to 23 years.

Give us a look at your writing day.

My day is to get up early, have a little Jesus time, play with the dog, write, eat, write some more, work on a puzzle while I think about the next scene, write that scene, get distracted with something like laundry, vacuuming dog hair, running errands, ordering groceries, etc. Then I get back to writing, only to remember I have an interview to do– like answer questions or meet someone on zoom. THEN, it’s back to writing, only to get interrupted by a kid who wants to tell me about his/her day (and I LOVE that! So I always stop to listen) THEN it’s back to writing three or four paragraphs only to realize I need to throw the clothes in the dryer and start dinner. Back to writing. In between all that, I send and answer emails, prepare for conferences, brainstorm with a friend or two via zoom or email, look over someone’s story idea or edit a few pages for someone. I know, it’s crazy, right? There’s really no rhyme or reason to it, but somehow, by the end of the day, I have what I need to keep the book moving forward. LOL!

Really, there wasn’t any one thing that inspired it. I brainstormed the premise with a group of buddies and let the story unfold from there. Most of my books are pulled from the depths of my imagination.

What has been your hardest scene to write? Any of your books.

I’ve written several hard scenes. One of the hardest, I would say, was when I had to portray the ugliness of human trafficking in Called To Protect. And I didn’t even write it as graphically as I could have—for my readers’ sake. 🙂 But all of the research I had to do was definitely there in my head when I was writing the scene.

I’ve sat here for several minutes trying to figure that out. Sarah Denning was a tough one. She had a lot of anger and a lot of baggage thanks to her relationship with her father. But while her character was hard to writer, it was also pretty cool to watch her “evolve” and become the person she was meant to be by the end of the story.

Ha! That’s a tough question. I really like all of my characters. But probably Sarah Denning. She’s brave, hot-tempered, and stubborn, but she’s smart, compassionate, and fiercely loyal to those she loves. Then again, I really like Penny Carlton from Life Flight, book 1 in the Extreme Measures series. She flies helicopters and I think that would be really cool.

All writers are readers, so have any authors influenced you?

Many, many authors have influenced me. Terri Blackstock, Colleen Coble, Dee Henderson was my mentor, Gayle Roper, Deborah Raney, just to name a few.

I’m fluent in American Sign Language. Does that count?

I’m ashamed to admit it, but M&Ms, MilkDuds and Coke!

Fatigue. I do great first thing in the morning. Afternoons are meh. Night time, I’m pretty brain dead. I still write during those times, but it takes more effort to do so.

When did you first realize you wanted to be a writer?

I’m not sure there was ever an “aha moment”. I’ve always enjoyed writing and telling stories and one day, I decided to see if I could actually write a book. I did, then I thought I’d see if I could actually sell that book. I didn’t! LOL. Not that one. But it kind of lit a fire under me and I was determined to figure out what it would take to get published. Honestly, I was only interested in proving I could do it. A one and done kind of thing. But once I actually held that published book in my hands, I was hooked.

Ava Jackson entered the military shortly after high school, but her mother’s illness has forced her to request an early discharge. She already lost her father while deployed, and there’s no way she’s going to let her mother die alone. But after a visit to the nursing facility where her mother lives, Ava is attacked walking back to her car. Fortunately, FBI Special Agent Caden Denning arrives in time to help fight off her attacker.

Caden reveals to Ava that she may hold the key to the murders of three families, and he needs her help before anyone else is harmed. The hits show a pattern, and clearly the killer has an agenda. But if Caden and Ava can’t discover what it is, Ava may be next on the hit list.

YOU CAN PURCHASE HOSTILE INTENT AT:
BAKER PUBLISHING
AMAZON

Bestselling author Lynette Eason concludes her latest suspense-filled series with a bang as secrets are revealed and the guilty are brought to justice. To learn more about Lynette follow her online:::