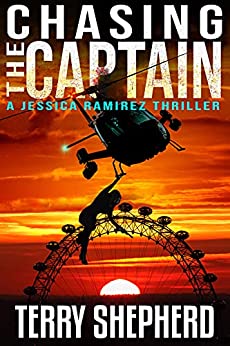 In Jessica Ramirez’s second outing, she’s once again a fish out of water, chasing the bad guy who got away. When forced to witness a questionable execution, Jess follows a tiny thread across the Atlantic, linking up with DI Liyanna Evans, a cop with London’s Metropolitan Police. The two quickly discover that their antagonist’s reach is both worldwide and deadly.

Another delectable tale that blends technothriller with suspense and police procedural adventure, Chasing the Captain picks up where Chasing Vega left off, giving Jess the chance to find the answers she seeks, even if it endangers her life and career in the process.

Many of your favorites from Chasing Vega are back, including the indomitable Alexandra Clark, technology guru Andy Milluzzi and Jessica’s FBI boyfriend Michael Wright. Add Terry Shepherd’s diverse ensemble cast and enough twists and turns to make your head spin and you have another wholly satisfying, screen-worthy popcorn thriller that best selling author Tori Eldridge calls, “a fast-paced international adventure.”

McKenna Mystery author Kate Anslinger says, “Terry Shepherd is one of those rare authors who can bookend a masterful action scene with poetic prose, descriptive settings, and human emotion, leading readers to fall effortlessly into the diverse worlds he creates.”

When a meth lab bust goes bad, Detective Jessica Ramirez finds herself banished to Flagstaff, Arizona, in pursuit of a serial killer who targets “bad guys who got away with it.” Jess and her partner, computer forensic expert Alexandra Clark, soon discover that their perp is involved in something much deeper and much more deadly. Surrounded by an ensemble cast of fascinating characters, Jess and Ali race against the clock to try and prevent a cyber terror attack that could change the course of history. 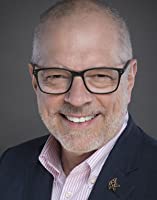