Search
Home Blog The Real Story Behind “The Sculptress” by V.S. Alexander 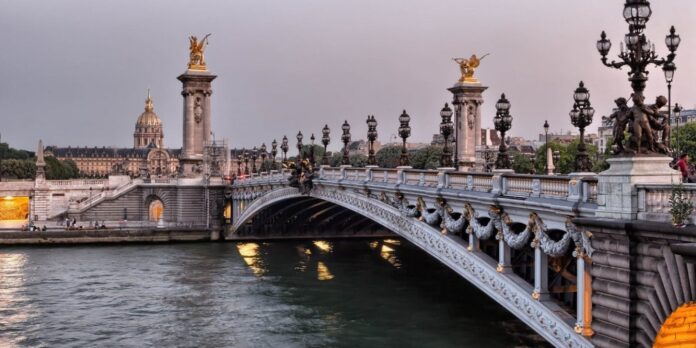 Many readers know me as a writer of World War II fiction—the author of The Taster and The Traitor—dramas that focused on particular events taking place in Nazi Germany. However, in the past, I have ventured from that area of interest to produce two novels set in Ireland: one, about the Magdalen Laundries, the second focusing on the tragedy of the Great Famine.

My latest novel for Kensington, The Sculptress, is different from any of these novels, and I think it’s only fair that readers know how this book came about. Yes, it’s another war book—this time the conflict is World War I—and the battles and their aftermath are an integral part of the story; but, there’s so much more to this novel than just the recounting of another deadly and tragic chapter in world history.

The Sculptress is the most personal of all my works, and I hope readers will see it as that—a story set in Boston, Paris, and war-torn France—but, more important, the story of a woman who made a choice, when young, that changed her life so deeply that every decision thereafter was affected. And, unfortunately, for Emma Lewis Swan, my heroine, it was the only choice available, by her thinking, considering the time.

In this book, I’ve constructed a heroine who is vulnerable and, in many ways, struggles to find her way through life. She is not a gun-toting, kick-ass, woman who has an easy time fighting her way out of any problem. Nor, is she forced to fight for her life like my World War II heroines. Emma often grasps at what she believes to be the answer, and she’s not always right. The tension in the book comes from her inner journey and how she reacts, internally and externally, to her circumstances.

I often craft ideas from history. I take these inspired moments and create characters who interact with their fictional counterparts, as well as people who lived during that time. The role of Emma Lewis Swan grew from an article in the February 2007 issue of The Smithsonian. Immediately, I was drawn to the true story of sculptress Anna Coleman Ladd who created masks for facially injured soldiers.

“We give the soldiers a warm welcome,” Ladd wrote, adding that she made a point of befriending, “those brave faceless ones.” Her story, combined with the horrors of a warfare never seen before, exacerbated by the newly developed machine gun, mustard gas, and the debilitating life in the trenches, was basis enough for a novel. But my intent wasn’t just to chronicle the war. I didn’t want to focus just on Emma’s art or her mask making. My intention was to write the story of a woman who needed to find herself, and had the courage to possibly make a mess of it all in the process.

But, there was something else that drove me to write The Sculptress. That idea lay in a text conceived in the 1850s in France—Gustave Flaubert’s seminal work of realist fiction, Madame Bovary. I will admit that I read the book later than most, for it was never required reading for any high school or university class that I took.

The Random House Modern Library Edition of Madame Bovary, translated by Francis Steegmuller, sent shock waves through me. Each page offered some new twist to the story of a woman who had grown so bored with her provincial life that it drove her to madness. That Flaubert would dare to write such a work about such a woman, who abandoned her wifely “duties” for a series of doomed affairs, also sent shock waves through Parisian society, culminating in charges of “offenses against morality and religion” against the author. Flaubert stood trial but was acquitted with a reprimand. Nevertheless, the book, still read to this day, cemented the author’s place in the literary canon.

I wanted to create a character like Emma Bovary, with all her trials and tribulations, but place her within another time, in the context of the “artistic world of creation.” Thus, the two ideas merged for The Sculptress—the theme of a creative woman who struggled against her own desires and wishes, who at an early age had no choice but to do what she had to do, much like Flaubert’s heroine.

Whether I succeeded in my task is entirely up the reader to judge, but what I hope one might take away from the novel is the sense of struggle, the oppressive sense of confusion that any woman in that time must have faced in order to navigate a world ruled by men and war.

The book is about “passion, like a sickness,” as Flaubert wrote of his own novel.

The Sculptress is a different story for me, but a deeply personal one that I hope you will enjoy. Thank you for reading it.

From acclaimed author V.S. Alexander comes an absorbing, immersive novel set during World War I, as a talented and ambitious artist finds an unusual calling.

May 1917: The elegant streets of Boston are thousands of miles away from the carnage of the Western Front. Yet even here, amid the clatter of horse-drawn carriages and automobiles, it is impossible to ignore the war raging across Europe. Emma Lewis Swan’s husband, Tom, has gone to France, eager to do his duty as a surgeon. Emma, a sculptress, has stayed behind, pursuing her art despite being dismissed by male critics. On the bustling sidewalk she spies a returned soldier. His brutally scarred face inspires first pity, and then something more–a determination to use her skill to make masks for disfigured soldiers.

Leaving Boston for France also means leaving behind Linton Bower, a fiery, gifted artist determined to win her. Emma’s union with Tom has been steady yet passionless, marred by guilt over a choice she made long ago. In Paris, she crafts intricate, lifelike masks to restore these wounded men to the world. But in the course of her new career she will encounter one man who compels her to confront the secret she’s never revealed, not even to Tom. Only by casting off the façade she has worn for so long can she pursue a path through heartbreak and turmoil toward her own unexpected future…